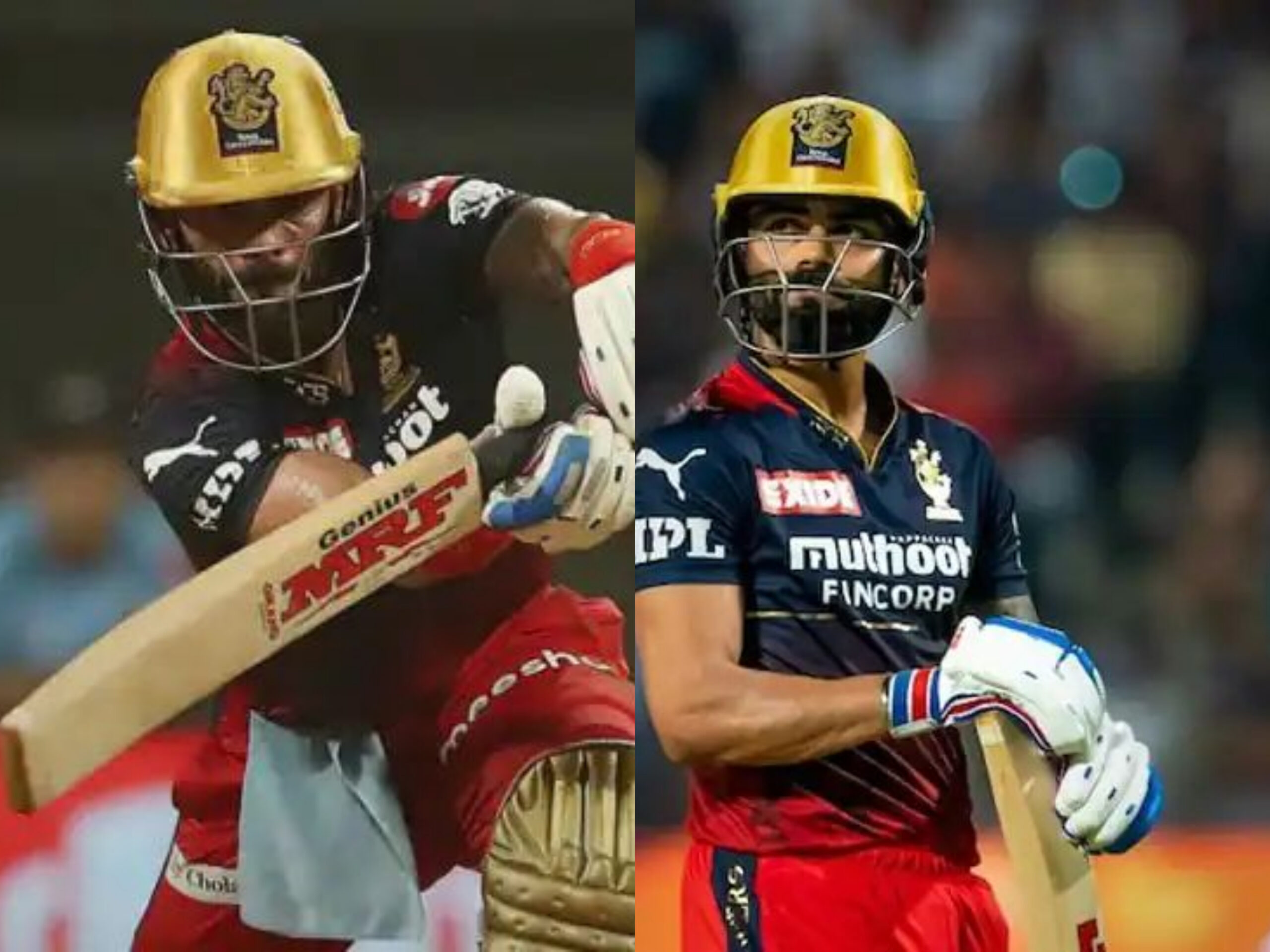 Virat Kohli had another difficult innings for the Royal Challengers against Lucknow Super Giants, in the first Eliminator of the IPL playoffs. He scored 25 off 24 balls at a strikerate of 104, managing only two fours in that time. RCB recovered from his lack of contribution, thanks to the heroics of Rajat Patidar, who scored his maiden IPL century and finisher Dinesh Karthik. They put on a competitive total of 207.

RCB lost Faf du Plessis in the first over of their innings for a first ball duck. Mohsin Khan bowled a beautiful delivery that drifted away from the batter, and Faf got a thick edge to Quinton de Kock. Kohli connected Dushmantha Chameera for a four, but in the next over was nearly caught off an edge when he tried to drive a length ball from Mohsin.

Along with centurion Rajat Patidar, Kohli added a 66-run stand off 46 balls for the second wicket. BY the end of the powerplay, Patidar had contributed 33(18) to the partnership, while Kohli had scored 15(14).

Kohi has had one of the toughest IPL seasons of his career. He’s made 334 runs from 15 innings including today, and averages 23 while batting at a striker-rate of 116. He has two half-centuries this season, the second a vintage Kohli fifty from RCB’s last match of the group stage against Gujarat Titans. Before that game however, he averaged below 20 for most of the season.

Like Buttler yesterday, Kohli struggled with his timing today. Buttler was lucky to be able to turn his innings around. Not so with Kohli today

Perils of a knock that starts slow. When you can't make it up, it looks very bad.

Having said that, it was important for RCB that Kohli survives the PP so that he can attack pace, which is what he was trying to do when he got out.

Two times Virat Kohli made room for himself well before the delivery was bowled, both times he was dismissed once against Rabada & here against Avesh Khan @imVkohli #ViratKohli𓃵 #RCBVSLSG #RCBvLSG

Kohli has to learn hitting sixes vs SLA while standing inside in the crease.

Patidar showing Kohli how to bat in powerplay