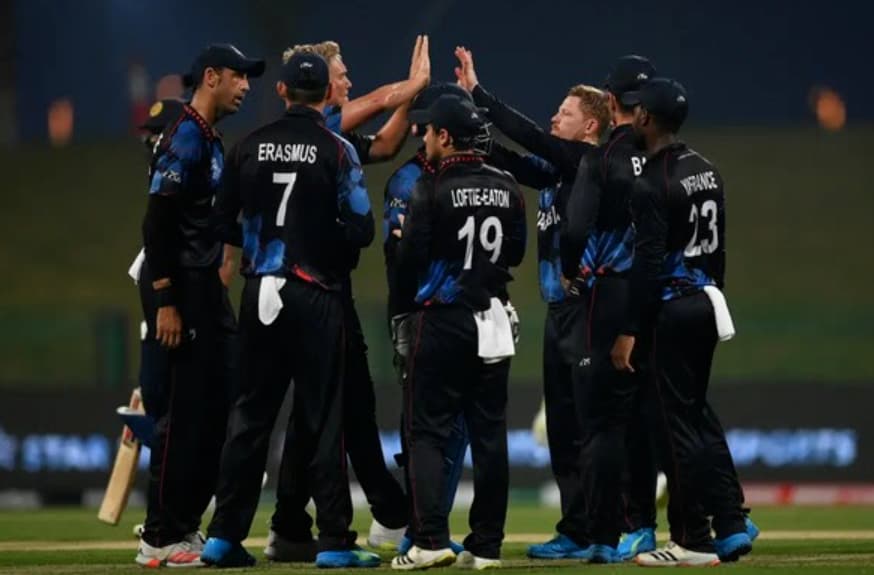 Namibia will be playing against the Netherlands on Wednesday 20 October 2021 at 3:30 PM. The match will be the 7th match of the group stage and will be played at the Sheikh Zayed Stadium in Abu Dhabi. It will be the third match of Group A. Check Live Streaming Of NAM vs NED, ICC Men’s T20 World Cup: Where To Watch Namibia vs Netherlands Cricket Match.

Ireland and Sri Lanka are the two other teams along with Netherlands and Namibia and they have to compete and finish in the top 2 positions in order to qualify for the Super 12 and continue their journey further.

The Namibia national cricket team is the men’s team that represents the Republic of Namibia. The team is governed by Cricket Namibia. The team is an Associate member of ICC with ODI status given to them in the year 1992. Namibia currently stands at 19th position in the ICC T20 Rankings.

Matches can be streamed in foreign countries in the following channels. Fox sports will telecast in Australia, Sky Sports in the United Kingdom and New Zealand, Willow TV in the United States, beIN Sports in Middle East countries, ATN PPV in Canada, ESPN in Caribbean countries and PTV in Pakistan.

Matches can be live streamed on Disney Plus Hotstar app which is owned by Star Sports Network. You’ll have to download the app from the play store or app store and register yourself and pay the required amount of money for a subscription and can enjoy the tournament.

The pitch is a batting friendly pitch. Batsman gets help here and matches are high-scoring matches. Team that is chasing the target usually has an advantage over the team defending it.

Netherlands vs Namibia Head to Head and Predictions

Both the teams have faced each other thrice in International Cricket and the Netherlands has tasted victory in 2 of them while Namibia only managed to steal one win from the Dutch.

Team Squads for Netherlands vs Namibia