‘With their current squad, I don’t see that happening quite often’-Former Liverpool midfielder, Didi Hamann, mentions the area where Liverpool will be suffering this season 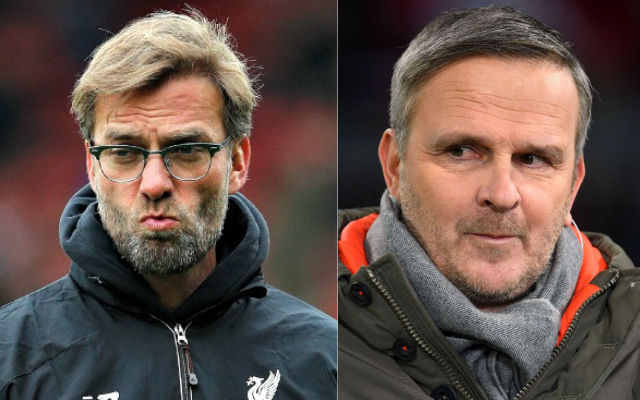 Liverpool News: Didi Hamann, a former midfielder for Liverpool, has said that Jurgen Klopp may have difficulties this season because the team does not have an offensive midfielder. According to him, they won’t be able to score many goals from the middle of the field, which will damage them in the long term.

As a direct replacement for Sadio Mane, who departed for Bayern Munich earlier this summer, Liverpool decided to recruit Darwin Nunez this summer. As the Reds have not been strongly connected with any more players so far this summer, Jurgen Klopp seems content with the team’s roster.

In an interview with Genting Casino, Hamann said that the Reds’ biggest challenge for the next campaign would be scoring goals from the midfield position. He is also of the opinion that the Reds would be negatively affected by the departure of Mane.

This is what the former German player had to say: “The absence of a player who can play in the offensive midfield position is Liverpool’s primary weakness. They need to score some goals from the middle of the field, but with their current formation, I don’t see that happening very often.”

After defeating Chelsea in both the FA Cup and the Carabao Cup finals, Liverpool came quite close to capturing the quadruple in the previous season.

Despite this, they were unable to win the Premier League championship, which ultimately went to Manchester City, or the Champions League final, which was played against Real Madrid.

Liverpool started the season very well. They defeated Manchester City by a scoreline of 3-1 to go on to win the Community Shield Trophy. Their new recruit, Darwin Nunez, also scored a goal to kick off his Liverpool career. Liverpool will be hoping to win the English Premier League and the UEFA Champions League, this time around after coming tantalizingly close, the last season.

‘Interacting with Cristiano is the most vital step to take’-Former Manchester United coach, Chris Armas, reveals how United can solve the Cristiano issue
‘They said, “You are going to be our starting goalie, when you are back”‘-Dean Henderson vents out his frustration on Manchester United