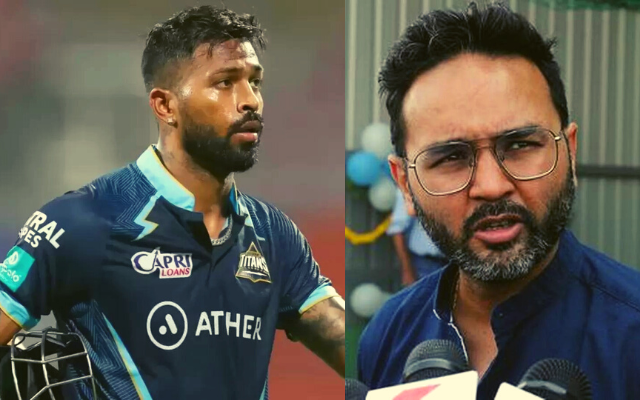 Former India wicketkeeper Parthiv Patel believes that the current India Twenty20 International (T20I) side would seem more balanced if all-rounder Hardik Pandya could finish his bowling quota of four overs. In recent years, Hardik has also been praised for his all-round performance in the final of the Indian Premier League (IPL) 2022, which contributed to the success of his club, Gujarat Titans (GT), in winning the championship.

Hardik has been selected to play for India in the Twenty20 International series that will take place at home against South Africa commencing on June 9 (Thursday), although it is still unknown what position he will play in the squad. After a fruitful campaign with GT, Patel expressed his “excitement” at the prospect of Hardik Pandya rejoining the national squad. Pandya is coming off a strong season with GT.

Another exciting aspect to look forward to is determining how many overs Hardik Pandya will bowl: Parthiv Patel

Hardik won the title of Player of the Match for his performance in the last match of the IPL 2022 against Rajasthan Royals (RR). He took three wickets while allowing just 17 runs and scored 34 essential runs since his team was chasing 133. Venkatesh Iyer assumed the position of an all-rounder for India in their most recent series, which took place in March versus Sri Lanka. So, Hardik Pandya was not part of the series.

In addition to the 487 runs he scored with the bat at an average of 44.27, the Titans captain only bowled 183 deliveries throughout the IPL 2022. Despite this, he managed to pick up eight wickets while maintaining a good economy rate of 7.28. Regarding Hardik’s bowling, Patel said that another exciting aspect to look forward to is determining the total number of overs that the all-rounder will bowl. He went on to say that even though he did not bowl in every IPL game this season, he was excellent with the ball in the championship game.

“Another exciting aspect to look forward to is determining the total number of overs that Pandya will bowl. Although he did not bowl in every match of the IPL, his performance in the championship match was outstanding. If he is good enough to bowl all of his four overs, then the balance of the Indian squad would appear even better. I am thinking positively about the possibility of Hardik Pandya’s comeback. He had a strong performance and was a good leader for GT in the IPL. He provides a new sort of balance to the Indian squad when he joins them. Also looking forward to seeing where he will be placed in the lineup and the batting order,” Parthiv Patel said to Sportskeeda.

‘Even though you knew this day is coming, can’t help but feel a little sad’ – Twitter pays tribute to Mithali Raj
“I Told You Before The IPL”- Umran Malik Discloses How Dale Steyn’s Prediction Became True