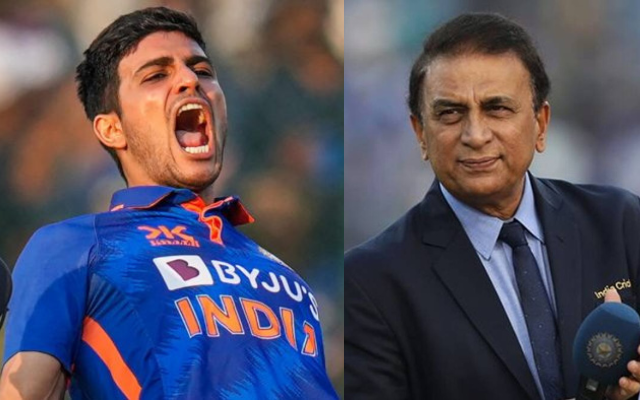 Shubman Gill has been in red-hot form in One-Day Internationals. The youngster who is seen as the next big in Indian cricket has certainly made waves with the bat by scoring runs quite consistently.

The youngster took his batting to the next level during the first ODI against New Zealand at Rajiv Gandhi International Stadium in Hyderabad. During the game, he became the youngest batsman to score an ODI double-century.

He chipped in with a personal best score of 208 off 149 deliveries where he constructed his innings with the help of 19 boundaries and 9 sixes to his name at a strike rate of 139.60. Rightly so, he steered the team’s total of 349/8 in 50 overs.

Notably, he also ended up on the winning side as India beat New Zealand by 12 runs in Hyderabad to take the first lead in the series. Shubman Gill was adjudged the player of the match for his scintillating batting display.

Former Indian cricketer, Sunil Gavaskar was clearly impressed with the way Shubman Gill has been batting so far in international cricket. The Indian batting great, while speaking to Mid-Day also went on to give a new name to Shubman Gill.

The veteran Indian commentator said he is indeed tempted to give Shubman Gill a new name and it sounds super cool. It is none other than ‘Smoothman’ Gill. Netizens also came up with interesting views and opinions on the new name.

Shubman Gill who scored a double-century in the first ODI against the Black Caps scored an unbeaten 40 in the second ODI at Shaheed Veer Narayan Singh International Stadium, Raipur. He smashed a flurry of six boundaries to his name during his stay at the crease.

Shubman Gill will be looking forward to doing well in the third and final ODI against the Black Caps on January 24 (Tuesday) in Indore.

“SUPERMAN GILL” would be very nice 🔥