Lorient Vs Saint-Etienne, Betting Predictions; Where To Watch? 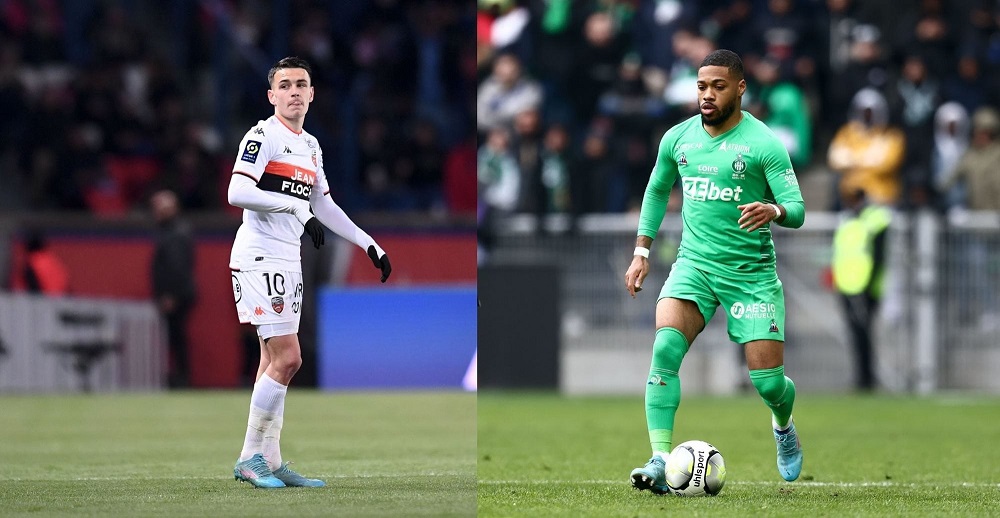 Lorient vs Saint-Etienne Where to watch:

Lorient will be without Stephane Diarra and Samuel Loric for the foreseeable future as they continue to heal from muscle and knee ailments, respectively. While the hosts will be able to welcome back Bonke Innocent, who was suspended for the previous match, the Nigeria international may be restricted to the substitutes’ bench because Enzo Le Fee, Thomas Monconduit, and Laurent Abergel are all expected to start in centre-midfield.

Attackers Armand Lauriente and Ibrahima Kone, the latter of whom has only scored one goal in his past 12 home appearances, might potentially provide help for Moffi.

As for Saint-Etienne, their leading scorer Wahbi Khazri is still out with a hamstring injury, but he is expected to return to first-team action by the end of this month. Due to injury, Romain Hamouma (wrist), Saidou Sow (ankle), Falaye Sacko (knee), and Yvann Macon (knee) will not be able to compete.

In Khazri’s absence, Ryad Boudebouz is likely to remain as the centre attacking option, with Arnaud Nordin and Bouanga slated to join the Algerian in the last third of the field.

Even though both Lorient and Saint-Etienne will see Friday’s match as a must-win situation, a victory for either team would be a significant assist in their efforts to escape relegation. There might be goals scored at the Stade du Moustoir, given that two of the poorest defensive teams in the league will be on display. However, since nothing is separating them, they may be obliged to split the spoils.