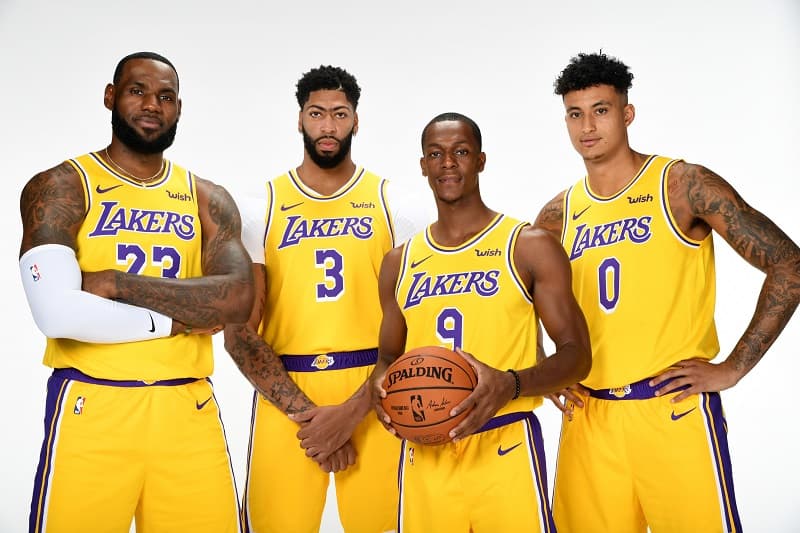 Los Angeles Lakers are one of the 30 teams that compete in the NBA. They are the member of the Western Conference Pacific Division. The team was founded in 1947. With a net worth of $4.6 billion, LA Lakers is the most valuable team in NBA. The annual revenue it generates is  $400 million and expenditure is $144 million on players’ wages. Los Angeles Lakers Players Salaries And Highest-Paid Players List 2021/22

Los Angeles Lakers are the most popular team. the fan following for this team is immensely huge. The Team not only earns in billions but also enjoys the support of people in billions. The team consists of legends like LeBron James, Anthony Davis that no one wants to miss watching them play on the court.

Check out the entire list of players and their salaries.

Here are the top 5 highest team players in Los Angeles Lakers. All these players are currently serving the team.

Russell Westbrook is Laker’s most valuable player. He is an American basketball player that has acquired the All-Star NBA recognition nine times. He also got the nine-time All-NBA Team member, led the league in scoring in 2014–15 and 2016–17. Westbrook has been brought in to mount a title charge for the Lakers record 18th NBA title.

King James, often called out by his fans, is an American Basketball legend. If you are a LA Lakers fan you cannot overlook him. LeBron Raymone James Sr is the only player to have won NBA championships with three franchises. His accomplishments include four NBA MVP awards, four NBA Finals MVP awards, and two Olympic gold medals.

Anthony Marshon Davis Jr. comes under the top 3 highest paid players of the Team. the 8 times NBA All-star bags an amount of $ 35,361,360. He won the NBA championship in 2020, his first year as a player in the Lakers.

This young lad was selected in the 2019 NBA draft by LA Lakers. The youngster will be making $9.5million for his efforts this season.

Luol Ajou Deng is a south Sudanese-British former professional basketball player. He was a two-time NBA All-Star and was named to the NBA All-Defensive Second Team in 2012. He was selected for the team in the year 2016, where he played for 2 years.