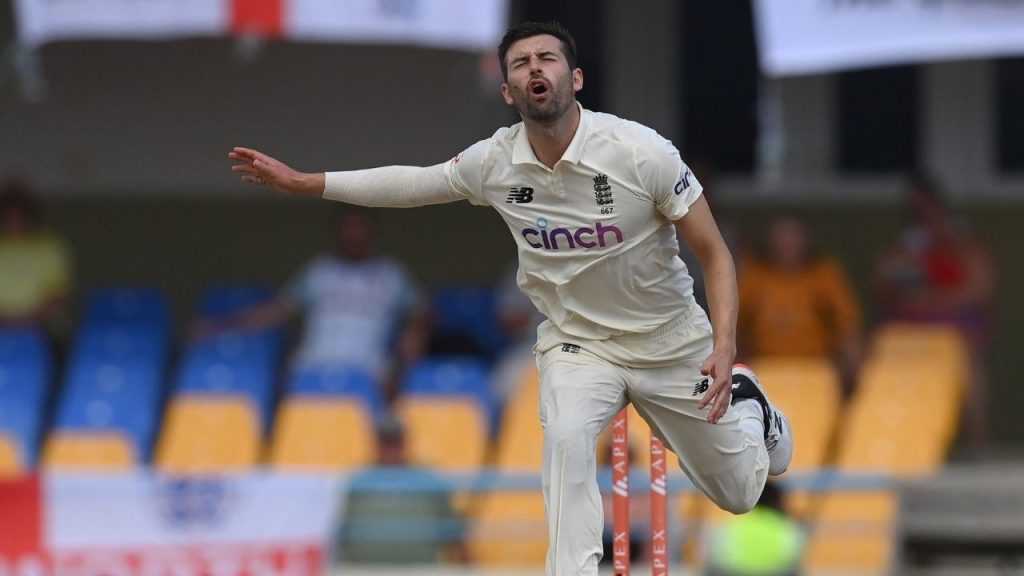 England pacer Mark Wood is now confirmed to be ruled out of IPL 2022. His franchise, the Lucknow Super Giants were already in doubt about his availability after he picked up a right elbow injury a week ago, while playing the first Test against West Indies in Antigua.

32-year old Wood has been relied upon heavily by England in recent times. His side has struggled to manage his workload but he’s still played nearly constant cricket since the start of the Ashes in December last year. Wood was called upon to spearhead the bowling attack on the West Indies tour in the absence of James Anderson and Stuart Broad, but the plan fell through right in the first Test match.

Wood third Englishman to pull out of IPL, after Roy, Hales

It was on day three of the Antigua Test that Wood’s struggles started to show, when he entered the field late with an elbow strap. Despite desperately needing a breakthrough, England captain Joe Root only allowed Wood to bowl again in the 46th over of the West Indies’ innings. The fast-bowler bowled a total of 17 overs in the match, picking up the lone wicket of Kraigg Brathwaite while conceding 45 runs. It was eventually confirmed after the first innings that Wood would not be bowling again for the remainder of the match.

The right-arm quick was bought by Lucknow for INR 7.5 crores at the IPL auction in February. He is now the third Englishman to be ruled out of the IPL after being sold to a team at the auction. Jason Roy, bought by Gujarat Titans for 2 crores and Alex Hales, who was sold to Kolkata Knight Riders for 1.5 crores, also pulled out of the tournament a week ago, citing fatigue with the bio-bubble.

Lucknow Super Giants have not yet named a replacement for Wood.