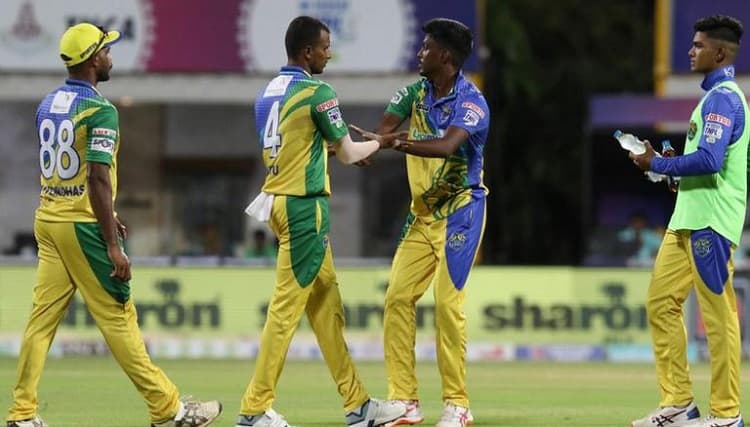 The Tamil Nadu Premier League is all set to roll with its opening match with Lyca Kovai Kings vs Salem Spartans. The teams will face each other today, 19th July 2021. After a year’s gap, TPL is back in action for their fans. Due to Covid-19 protocols, the match will be played behind closed doors. Check out Lyca Kovai Kings vs Salem Spartans 1st Match Prediction, Live Streaming.

Salem Spartans were initially known as Tuti patriots had won the first season of TPL. Whereas the kings could not have their hands on the trophy yet. Let’s see Lyca Kovai Kings vs Salem Spartans, 1st Match Preview, Match Prediction, Pitch Report, Where to Watch Live Streaming.

The Spartans are led by Shahrukh Khan as their team Captain. He is known for his brilliant performances. He had his experience in the recent IPL 2021 series playing for team Punjab. However, the team will not have the participation of Washington Sundar who is an all-rounder.

On the other side, The kings did not have a promising journey so far. They finished fifth in the last season. With T. Natarajan’s knee injury, who is a fast bowler, could cost the team even more.

Looking at some facts and previous performances of both teams, it is likely to say that Salem Spartans could win the Opening premiere match of TPL 2021.

The entire League is scheduled at MA Chidambaram Stadium in Chennai. The pitch is on the lower surface which could slow down the performance of the team batting in the 2nd innings. A total of 140 runs is expected from the team in 1st inning.

As for the weather is concerned, there is no sign of any rains around 7 pm -10 pm. Though the sky would be cloudy, the maximum temperatures will be around 30 degrees Celsius, and humidity mostly arouns 60s.

Where to Watch Live Streaming?

Other than this, Disney+ Hotstar will also stream the Live match. People can make use of the app or website and watch it.

What are the team Squads?