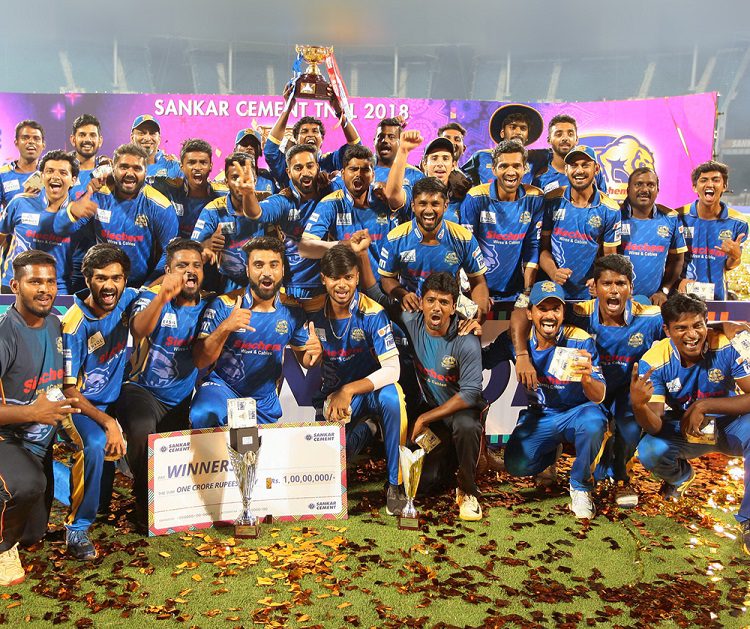 Siechem Madurai Panthers are one of the teams playing in the upcoming TPL 2021. Tamil Premiere League is a professional regional cricket league. The format of the game is similar to that of an IPL. The play offs will be in the form of Round-robin format. Let us know Madurai Panthers Players List, Captain, Owner, Coach, Jersey.

TPL consists of Eight franchises. It is one of the only regional sports that generates maximum revenue amongst others in India. The Premiere kicks off on 17th July marking its 5th season. Check out Madurai Panthers Players List 2021, Captain, Owner, Coach, Team Jersey Details, Team squad, and Full schedule.

Siechem Madurai Panthers is a regional team based on the city Madurai. It had won five matches out of seven in total. It secured 3rd position in previous season. Thus, proving that it is a strong and successful team. Let’s check out the list of players in team for this year.

Who is the Captain of Madurai Panthers 2021?

KB Arun Karthick is the captain of Madurai Panthers. He is a Star Wicketkeeper and a Right hand batsman. He played for Chennai Super Kings (CSK) and Royal Challengers Banglore (RCB) in IPL. After his First-class debut in 2008, he is known for his adaptive batting techniques.

Owner and Coach of Madurai Panthers 2021

The previous owner of team Siechem Technologies sold the franchise to Mrs. Pooja Damodaren. She was the CEO in the 1st season of TPL 2018 also. Siechem Madurai Panthers will be coached by D. Ganesh. He was a former Indian Cricketer and wicket keeper. He represented India 5 times in all India tour in South Africa 1997.

As we know the game is about to kick off in a short span of time, Panthers have disclosed their Jersey color for this year. Blue Jersey is going to be the color for them. The title sponsor Siechem wires and cables is printed on the front side on the chest area of the jersey. There is also a tint of golden printed on the edges of their tee.

What is the Schedule Madurai Panthers 2021?

Siechem Madurai Panthers are all set to kick off their opening match on 22nd July,2021. Their first match ids going to be against Dindigul Dragons. The final match is scheduled to be on 7th of August. All matches will be telecasted LIVE on Star Sports Network. Check out the full schedule of the team.