Manchester City Vs Brighton, Betting Predictions; Where To Watch? 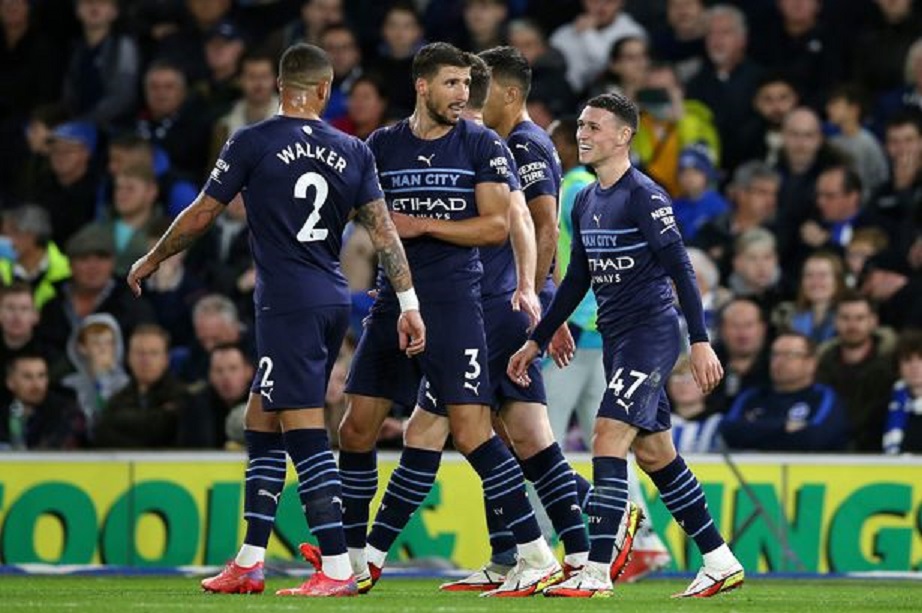 Manchester City vs Brighton, where to watch?

Kevin De Bruyne, the City playmaker, was able to make the bench for the match at Wembley, but Kyle Walker was unable to participate due to a twisted ankle he experienced at the Wanda Metropolitano and is still uncertain for the visit of the Seagulls on Sunday. Cole Palmer’s ankle injury hasn’t completely healed yet, but the champions didn’t pick up any new issues at Wembley, and Guardiola is certain to rejig his squad after their failed attempts in the capital.
Among the players who can be expected to be called upon are Ederson, Ruben Dias, and Aymeric Laporte in the backline, while the likes of Rodri, Riyad Mahrez, and De Bruyne, if healthy, may expect to be called upon immediately.

When it comes to Brighton, Tariq Lamptey was forced off with an apparent injury during the victory against Tottenham, but he is not believed to be suffering from anything severe. Jakub Moder and Shane Duffy are both out of the running for a starting spot. Steven Alzate has been struck down by illness and may be forced to miss this match as well, but Potter is otherwise well-stocked and could field the same starting XI as against Tottenham, with Enock Mwepu’s half-time substitution against Tottenham being a tactical change after he was arguably fortunate to avoid a red card.
After scoring in three consecutive Premier League away games, Trossard would cement his position in Brighton’s history books. No other Seagulls player has ever scored in three consecutive Premier League away games.
Manchester City vs Brighton Probable Playing XI:
Manchester City possible starting lineup:
Ederson; Cancelo, Dias, Laporte, Zinchenko; Gundogan, Rodri, De Bruyne; Mahrez, Silva, Sterling
Brighton & Hove Albion possible starting lineup:
Sanchez; Veltman, Dunk, Cucurella; Lamptey, Caicedo, Bissouma, Gross, Trossard; Mwepu; Mac Allister

Brighton has earned plenty of respect with their recent victories against Arsenal and Tottenham, but trying to beat a Manchester City team seeking to avenge their FA Cup losses is clearly a step too far for the Seagulls. If Liverpool maintains their lead at the top of the table on Tuesday night, City will have all the incentive they need to get back on track, and the fresh legs at Guardiola’s disposal make it impossible to see anything other than a comfortable victory for the defending champions.