Manchester City Vs Real Madrid, Betting Predictions; Where To Watch? 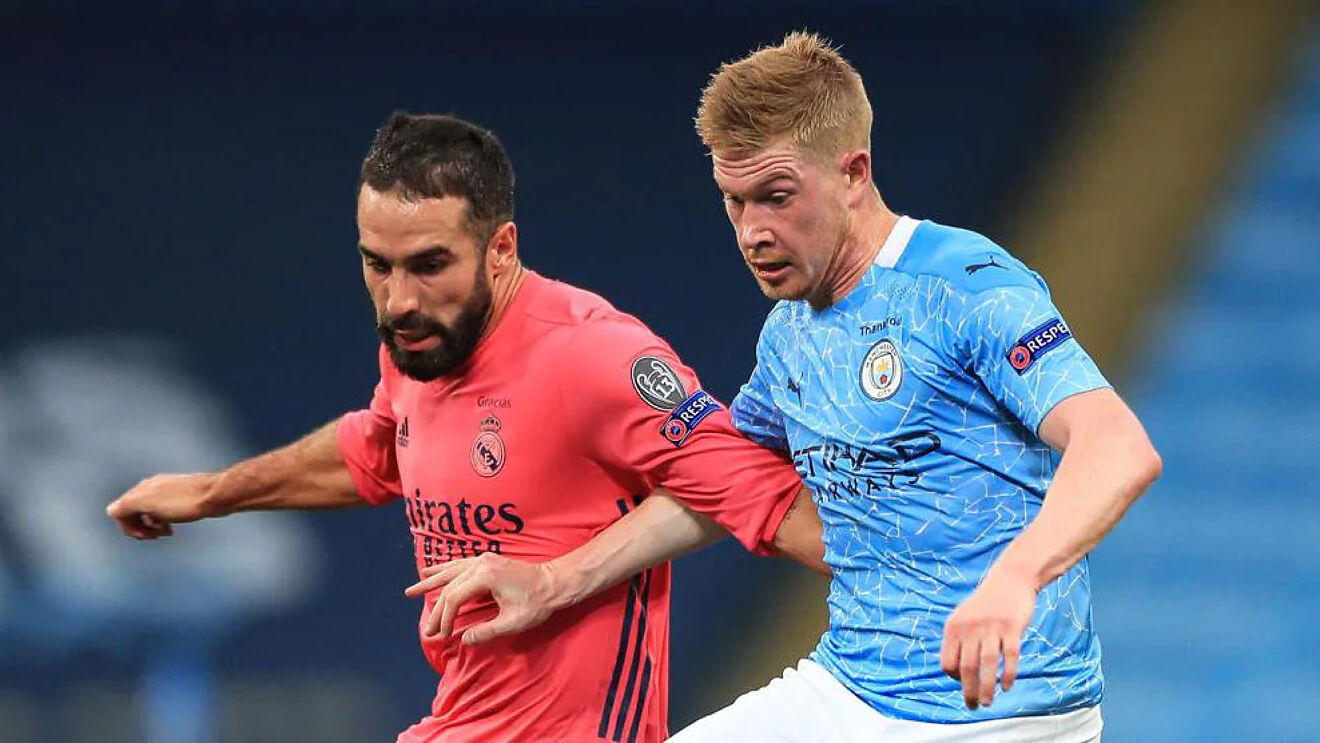 Manchester City vs Real Madrid: Where to watch?

Even though all players who had only accrued one or two yellow cards have already had their records cleared, City will be without Joao Cancelo for the opening leg of the tie after the Portuguese midfielder picked up his third caution at the competition of the match at the Wanda Metropolitano on Wednesday.

In order to make the match on Tuesday, Guardiola will be keen to get Kyle Walker back from an ankle injury – the right-back is “much, much better,” according to the Catalan coach – and it is unclear if John Stones will be able to fight back from a muscle ailment in time to play.

Guardiola’s squad will be boosted this week by the return of players like Bernardo Silva, Phil Foden, and Riyad Mahrez. But Jesus has provided Guardiola with plenty of fodder for contemplation by reacting to reports of him being linked with a transfer away.

While Real Madrid does not have any suspension concerns for the first leg – Eder Militao has returned from a suspension he served in the home defeat to Chelsea – Ancelotti’s injury concerns are growing after David Alaba was forced off against Osasuna with a thigh issue.

While the defender was confined to indoor work on Saturday, along with Eden Hazard, Luka Jovic, and Mariano Diaz (among others), Casemiro was also unable to return to the team’s training sessions. Ferland Mendy, on the other hand, was able to finish a portion of the session.

In the victory against Osasuna, Luka Modric was rested totally, but he will return to his midfield position with the returning Toni Kroos, while Marcelo should be well enough to fill in at left-back for Mendy if necessary.

Both managers should be confident of gaining a first-leg lead at the Etihad Stadium, despite defensive concerns and absentees on both sides. Benzema and Vinicius are both capable of scoring goals out of nowhere for the visitors. It’s unlikely that City will need a second invitation to dismantle an undermanned Blancos defence in front of their own fans, and we anticipate an exciting first leg with lots of goalmouth action that will conclude all square.