Manchester City Vs Watford, Betting Predictions: Where To Watch? 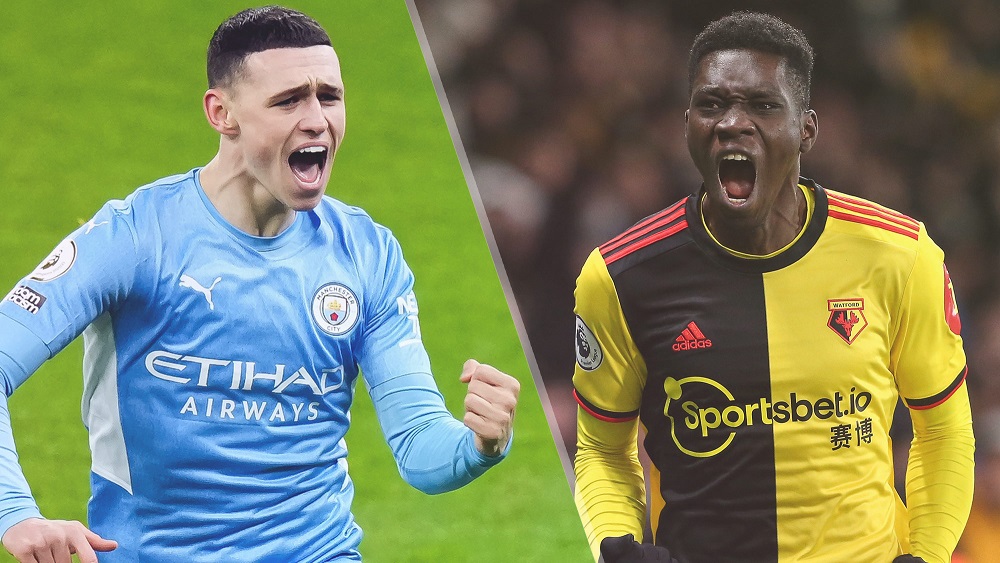 Manchester City vs Watford: Where to watch?

Kyle Walker is expected to miss the game with an ankle injury, while John Stones and Nathan Ake all suffered injuries during the match against Brighton on Wednesday. Although neither injury is considered to be significant, Guardiola will not want to take any chances with the duo at this time of the season. As a result, Ruben Dias, who came on as a substitute against Brighton and has since recovered from injury, may make his return to the starting lineup.

In light of the upcoming encounter against Real Madrid, it would not be surprising to see a lot of changes to the starting lineup for this game, with Fernandinho, Raheem Sterling, Jack Grealish, Gabriel Jesus, and Oleksandr Zinchenko all being considered for inclusion.

Cucho Hernandez, Samuel Kalu, and Francisco Sierralta all remain out for selection for Watford, while William Troost-Ekong has returned to full training after a two-week absence. Emmanuel Dennis, Joao Pedro, and Ismaila Sarr are all expected to play in the last third of the field for the away side on Saturday afternoon. There are no surprises in the away side’s starting lineup on Saturday afternoon.

Even though players such as Tom Cleverley and Joshua King are competing for slots, the same squad may go to the field for the opening whistle against Brentford as they did the last time they played.

Watford is likely capable of making it a difficult 90 minutes for Manchester City, as the Hornets have a plethora of skill in the last third of the field. Man City, on the other hand, cannot afford to lose any points, and we fully anticipate the citizens collecting all three points in a rather normal manner.