‘They said, “You are going to be our starting goalie, when you are back”‘-Dean Henderson vents out his frustration on Manchester United 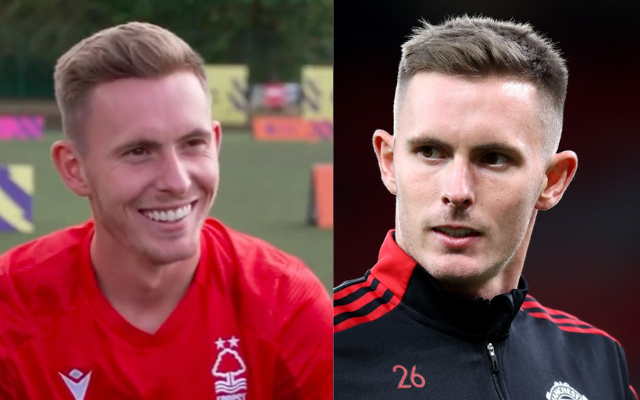 This summer, Henderson, who is 25 years old, made a loan move to recently promoted Nottingham Forest and will be looking to increase his playing time. In all, he participated in only five matches for the Red Devils in all competitions during the previous season.

The Englishman said that after returning from the England training camp, he had received confirmation from Manchester United that he would continue to be the team’s starting goalkeeper. Even when presented with many loan offers, he declined each one for the same reason. However, during the season, he had to take a back seat to David de Gea in terms of playing time.

GOAL quoted Henderson as saying the following after speaking to talkSPORT: “Last summer, because of that reason (being guaranteed the No. 1 place), I turned down a lot of offers for excellent loans, and they wouldn’t let me go. It was difficult to deal with. At my age, doing nothing except sitting around and squandering a year is a criminal offense. I was livid with rage.”

He proceeded by saying: “After I got off my national team, one of the first things Manchester United said to me was, ‘You are going to be our starting goalie when you are back.’ I contracted Covid. However, nobody followed through with anything they promised me or anything else they informed me.”

Henderson will be hoping to establish himself as a regular for Nottingham Forest and earn a spot in the England team before the 2022 FIFA World Cup.

‘With their current squad, I don’t see that happening quite often’-Former Liverpool midfielder, Didi Hamann, mentions the area where Liverpool will be suffering this season
‘This will be the season in which he achieves full potential’-William Gallas names the player to watch out for in this EPL season