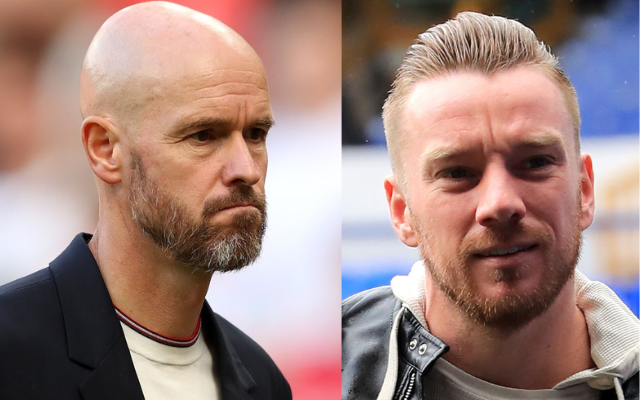 Manchester United News: Jamie O’Hara, a former midfielder for Tottenham Hotspur, has said that Manchester United goalkeeper Dean Henderson will not play for the club in the future as a result of the remarks he made after joining Nottingham Forest on loan.

The performances that Henderson put in for Sheffield United in the year 2020 catapulted him to notoriety. To accrue more playing experience this summer, he took a loan move to freshly promoted Nottingham Forest. The 25-year-old was limited to only five appearances for the Red Devils in all competitions during the previous season.

In a recent interview with talkSPORT, Henderson vented his anger at not being given the chance to become Manchester United’s first-choice shot-stopper. Henderson expressed his dissatisfaction with the lack of chances. In addition to that, he called the treatment he received from his parent club a “criminal” act for squandering a year of his career.

During an appearance on talkSPORT Breakfast, O’Hara asserted that Henderson’s time at Manchester United was almost at an end.

He said: “It seems to be rather frightening. He is starting to get his back up. He has gone back with the expectation that he will be playing. Let’s cut to the chase: David de Gea had a phenomenal year for United in the previous campaign. He is the best goalkeeper on the team, and also one of the world’s best. When David de Gea is on the team, Dean Henderson has to come to terms with the fact that he will play a supporting role at best.”

He proceeded by saying: “I really doubt that he will ever suit up for United again. The discussion is over. When you give an interview like that and then come out and criticize your parent team, it is never received well by the fans or by the coaching staff at the parent club. After taking a look at it, the new management will determine that “the time has come to move on.” Perhaps he agreed to interview with the knowledge that, in the long run, he would probably wish to move on.”

On August 6, 2022-23, Nottingham Forest is scheduled to kick off their Premier League campaign against Newcastle United. Henderson is slated to start that game.

This summer, Manchester United completed the acquisitions of centre defender Lisandro Martinez from Ajax and left back Tyrell Malacia from Feyenoord. Both players came from Dutch clubs. They have also signed Christian Eriksen, a Danish international midfielder, on a free transfer.