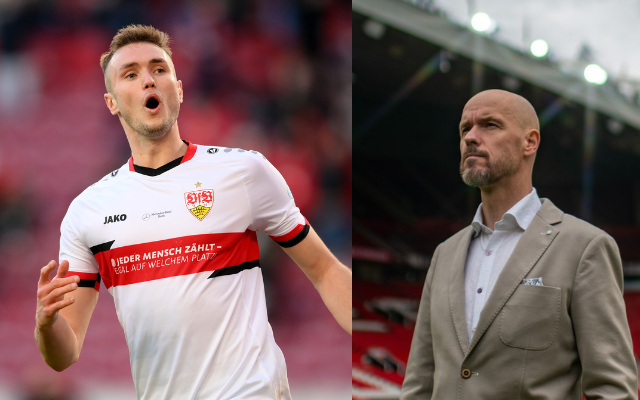 Sasa Kalajdzic is a striker for VfB Stuttgart, and Manchester United is still interested in him. Kalajdzic also wants to join the Red Devils

Sky Sports reporter Florian Plettenberg has shared some new information about what will happen to Sasa Kalajdzic. Manchester United is interested in the striker for VfB Stuttgart, and they have already talked with the player’s representatives. Even though they haven’t met Kalajdzic yet, Manchester United is looking into the possibility of signing him this summer.

Kalajdzic is interested in joining Manchester United because he wants to take his career to the next level this summer. The 25-year-old striker did well at Stuttgart and is now one of the most sought-after young strikers in the Bundesliga.

During the 2020/21 season, the Austrian international made his debut in the German Bundesliga. He scored 16 goals and set up six others in the league. Even though injuries slowed his progress last season, many clubs are still interested in Kalajdzic because of his size and his ability to spot chances to score goals.

Because of these things, Manchester United is interested in signing him. After Edinson Cavani left, the Red Devils are looking to add more goal-scoring power this summer. Meanwhile, Cristiano Ronaldo is being pressured to leave Old Trafford.

Since Kalajdzic is a wanted man, he could be an interesting choice. It’s the main thing Erik ten Hag has been looking for in his targets this summer. The Manchester United manager is also said to be interested in RB Leipzig starlet Brian Brobbey. The fact that the young Dutchman has similar skills to Kalajdzic shows that Manchester United wants to sign a strong target man.

Even though Kalajdzic hasn’t played much at the highest level and is coming off a disappointing season with Stuttgart in the Bundesliga, the Austrian international has the physical and aerial skills to do well in the English Premier League. The 25-year-old player probably won’t cost a lot of money either, since his contract with Stuttgart runs out in 2023.

Borussia Dortmund and Bayern Munich, who were also interested in Kalajdzic, have given up on him. This gives Manchester United another advantage in their pursuit. It makes it possible for the big clubs in the Premier League to make a move on the 25-year-old Stuttgart striker, who wants to make a big jump in his career.