Manchester United vs Middlesbrough will favour the home side, who are the team from the Premier League and will be the favourite to go through to the next round. 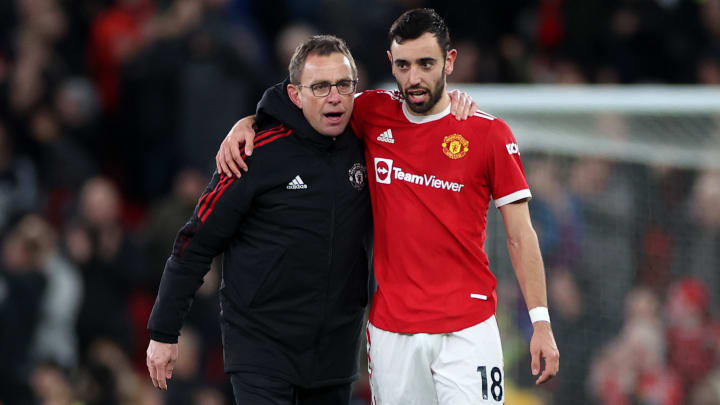 Manchester United vs Middlesbrough, where to watch?

Before the game, Paul Pogba and Luke Shaw’s health will need to be assessed by interim head coach David Rangnick. However, there is a potential that both players will play, while Aaron Wan-Bissaka should be available after an illness that kept him out of the last two games. Following personal concerns, Jadon Sancho and Victor Lindelof should also be included in the squad.

However, Alex Telles, Fred, and Edinson Cavani are all doubts due to their participation in their respective nations throughout the international break. Rashford is expected to start in place of Greenwood, who has been banned by the club and will not be engaged for the foreseeable future. Nemanja Matic and Anthony Elanga should both start in their respective positions. Manchester United vs Middlesbrough will surely favour the hosts, with the quality they have.

Even though Rangnick will have one eye on the Premier League clash with Burnley on February 8, which could result in Raphael Varane being rested, Cristiano Ronaldo is expected to start for the Red Devils, with David de Gea likely to retain his place in goal despite the presence of Dean Henderson, who has played little so far this season.

Riley McGree, a recent Middlesbrough signing, has tested positive for coronavirus while on international duty with Australia, and as a result, he will not be available for selection in this match. However, on-loan Arsenal striker Folarin Balogun is anticipated to make his first start for the club. Sammy Ameobi, Darnell Fisher, and Marc Bola are all expected to miss out.

Wilder is expected to pitch a strong team in Old Trafford, with Andraz Sporar perhaps partnering Balogun in the final third of the field. However, the likes of Duncan Watmore, Lee Peltier, and Martin Payero will all be looking to get some playing time in the FA Cup clash.

Middlesbrough will go into this match against Manchester United with a lot of confidence, and the Championship side is more than capable of making this a difficult match for the Red Devils. The Red Devils, on the other hand, showed a lot of promise against West Ham last time out, and we believe they will advance to the fifth round of the tournament.