Manchester United vs Young Boys will be a great contest between two sides fighting for a win. 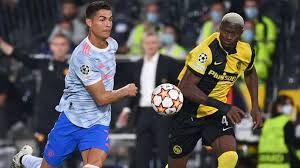 Manchester United vs Young Boys Where to Watch?

Manchester United will be without Raphael Varane and Paul Pogba for the second consecutive Champions League match, while Edinson Cavani and Anthony Martial will also be absent. However, after recent injuries, Luke Shaw and Jesse Lingard are back in contention.

Rangnick is expected to make wholesale changes to his team ahead of Saturday’s match against Norwich, with Dean Henderson, Eric Bailly, Teden Mengi, Donny van de Beek, Juan Mata, Mason Greenwood, and Anthony Elanga all being considered for inclusion in the starting lineup.

It is also possible that Nemanja Matic and Aaron Wan-Bissaka will make their comebacks after missing the victory against Arsenal due to injury. Marcus Rashford might be the man in the middle with Cristiano Ronaldo sitting out the game.

As a result of Garcia’s absence at left-back, Jordan Lefort will be allowed to make his debut, while head coach Wagner will make several changes from the team that began against Servette in the league on Saturday.

The visitors may use a 4-3-3 system at Old Trafford, with Theoson-Jordan Siebatcheu and Moumi Ngamaleu forming a three-man defence in the final third of the field with Meschack Elia.

Even though Young Boys will fancy their chances of picking up a positive result in this match, as Man United is expected to make significant changes from their starting lineup, we still believe that the Red Devils will have enough to finish their Champions League group-stage campaign on a high note.