Marco Jansen spoke in a recent interview about his on-field altercation with Indian pacer Jasprit Bumrah. 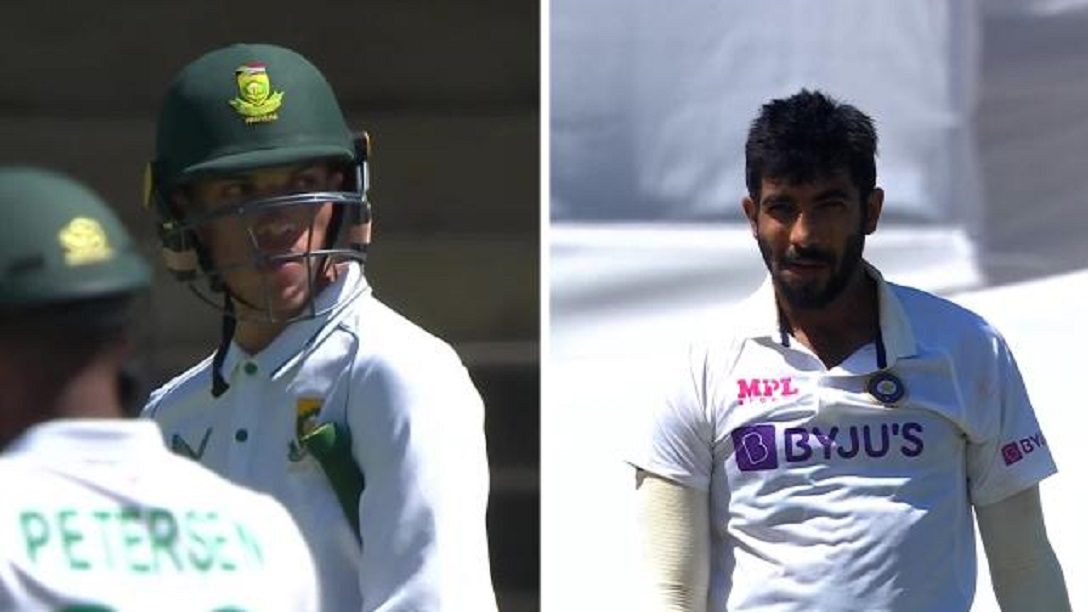 Marco Jansen, the rising wonder from South Africa, shared his thoughts on the argument between him and India’s fast bowling ace, Jasprit Bumrah on Wednesday. He was a thorn in the side of the Indian batsmen, as he extracted a great deal of bounce and speed from the South African pitches, and he was responsible for the dismissals of most of India’s seasoned batters on many occasions. Taking 19 wickets in three Tests at an average of 16.47, Jansen finished second overall in the series with a total of 19 wickets taken at an average of 16.47.

In the second Test, Jansen harassed Jasprit Bumrah with a slew of short deliveries, which caused the Indian bowler to get agitated while batting. Both of these players had shared the Mumbai Indians’ changing room throughout the 2021 season, but it did not prevent them from getting into a furious dispute on the field. The umpires were forced to act to lower the intensity, and there was a great deal of discussion about the episode among the experts. A peach of a delivery from Bumrah removed Jansen and he looked at him with a grin, demonstrating his world-class talents.

It occurred right away, in the heat of the moment: Marco Jansen talks about the Jasprit Bumrah incident

When asked about his nerves before his debut, Jansen said he felt them during the first innings, when he gave up a lot of boundaries with half-volleys. A greater return came in the second innings, as he picked up a four-wicket haul as part of his recovery. He said that he wishes to express himself more freely when in the crease and expressed his enthusiasm for the game in the process.

“The opening innings of the first Test captures the essence of the situation well. Did not get off to the start I had hoped for. Was apprehensive. It is typical for every player to be a little apprehensive before a game. On and off the field, am a laid-back man who considers himself an introvert; nevertheless, when I am on the field, want to express myself. This is a sport that I have wanted to participate in since I was a youngster. Any of my feelings demonstrate how much I care about and enjoy the game. I played with Jasprit Bumrah in the Indian Premier League, and we are excellent friends off the court, but things can get hot on the field,” Jansen said at a press conference.

Jansen went on to say that he takes great pleasure in representing his nation and that he is not one to back down, especially when it comes to his IPL colleague, Jasprit Bumrah. Following the intense argument, he concluded that there was nothing more to examine and that the heat of the moment had taken over his reasoning.

“When you play for your nation, you are not going to back down for anybody. Obviously, Jasprit Bumrah plays in the same manner as you do. There are no bitter feelings; it was simply something that occurred in the heat of the moment (during the Johannesburg Test).”