Marseille Vs Feyenoord, Betting Predictions; Where To Watch? 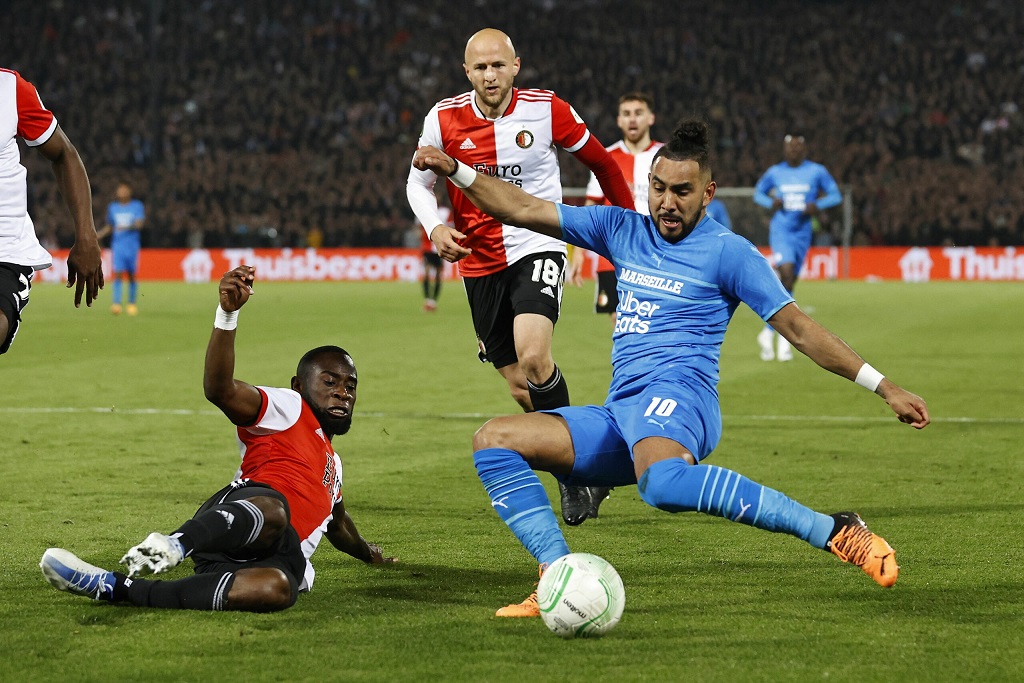 Marseille vs Feyenoord: Where To Watch?

Marseille will be without teenage centre-back Leonardo Balerdi for the game, while Konrad De La Fuente will be sidelined for the remainder of the campaign. After coming off the bench against Lyon, midfielder Matteo Guendouzi will be aiming to get back into the starting lineup, although Gerson, Pape Gueye, and Boubacar Kamara are also vying for a place in the starting lineup.

Dimitri Payet, the talismanic winger who has contributed three goals and three assists in six Europa Conference League appearances and 12 goals and ten assists in 31 Ligue 1 games this season, will likely continue to be a key player going forward, while Cedric Bakambu and Arkadiusz Milik will likely compete for the starting position in the front line this season.

Feyenoord will be without midfielder Jens Toornstra and goalkeeper Justin Bijlow for the foreseeable future, as both players continue to recover from injuries. Cyriel Dessers, on loan from Genk, will once again be at the front of their attack, having surged ahead of the field as the competition’s leading scorer with his ninth and tenth goals of the Conference League season in the first leg.

The Nigerian will likely be partnered by Arsenal loanee Reiss Nelson and Luis Sinisterra, who has had an excellent season, scoring 23 goals and adding 12 assists in 45 games across all competitions.

The first leg showed that both teams have the offensive ability to cause problems for each other, and we expect another thrilling and high-scoring match on Thursday. In France, the game has the potential to go either way, but we believe Sampaoli’s team will come back from the deficit and win with home advantage.