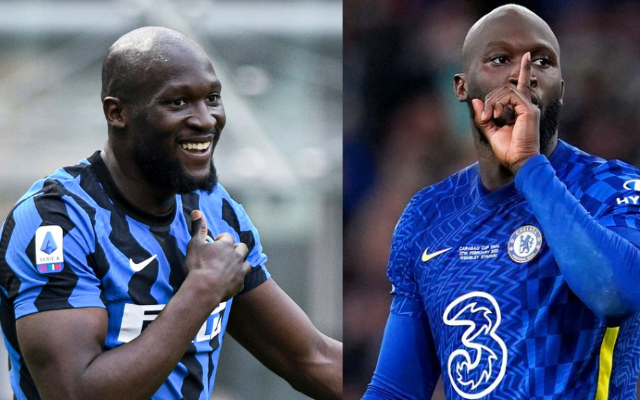 The Chelsea attacker Romelu Lukaku is scheduled to undergo a medical examination in Italy, which is a significant step toward his returning to Inter Milan

Sky Sports claims that Inter Milan are getting closer and closer to completing the transfer of Romelu Lukaku to their club. The attacker will spend the next campaign on loan from Chelsea, and the Italian powerhouses have reached an agreement with the English club over the terms of the loan. Inter is scheduled to pay a loan fee of about £6.9 million. It is possible that they will be required to pay an extra £3.4 in incentives.

The Italian media is predicting that the medical exam for Lukaku will take place at Giuseppe Meazza either on Wednesday or Thursday of the following week. Inter Milan is preparing for the exam. The deal should become official within the next week, bringing to a close a fascinating transfer story that has been going on.

When Lukaku moved to Chelsea in a transaction of about one hundred million pounds eleven months ago, the idea of his ever returning to Inter seemed inconceivable. At the time, he had just signed a contract with the Blues. However, the Belgian suffered through a forgettable season, during which he scored just eight goals in the Premier League and failed to assert himself as a leader for the team when Thomas Tuchel was in charge.

Lukaku’s statements about Inter also played a significant part in his unhealthy relationship with Tuchel, which led to the striker slipping below even Kai Havertz and Timo Werner in the pecking order. In light of his difficulties at Stamford Bridge, the striker who once played for Manchester United was resolute in his desire to play for Inter.

What’s next for Lukaku?

Lukaku has agreed to take a significant wage reduction of thirty percent in order to facilitate his transfer back to Italy. After spending his time at Stamford Bridge earning an average of £10 million per year, he is now expected to bring in an annual salary of just £7 million at Inter. This demonstrates the forward’s dedication to making amends with the Inter Milan fans after a sudden departure from the team, which was met with negative reception.

The possibility of Lukaku returning to Serie A should make it easier for Chelsea to get a new striker during the summer transfer window. They are apparently working on a new offer for the multi-talented star player Raheem Sterling who plays for Manchester City, but the Blues are also considering Gabriel Jesus, who plays on the same squad as Sterling.

Lukaku, meanwhile, will be hoping to reignite his offensive relationship with Lautaro Martinez at Inter and once again assist the Nerazzurri in winning the Serie A championship. Lukaku will be playing for Inter. Martinez’s name was rumored to be connected with a transfer to Chelsea early on in the summer, but it seems as if the Argentine will be staying at Giuseppe Meazza to play with his longtime friend Lukaku.