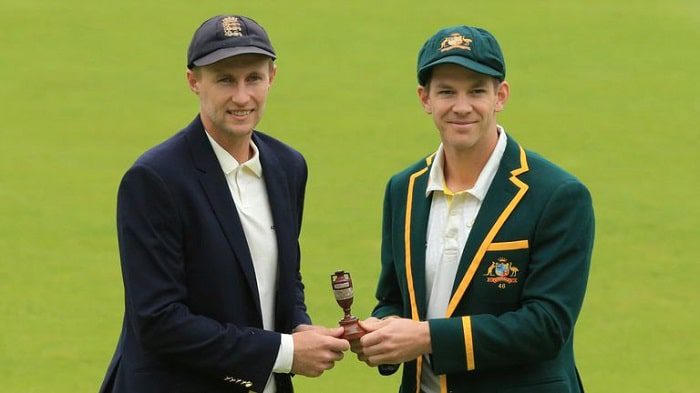 The 2021–22 Ashes series will be an event of Test cricket matches opposed between England and Australia for The Ashes. However; the upcoming Ashes Series will be also Known as Vodafone Men’s Ashes Series due to Sponsorship Reasons. An Ashes series traditionally consists of five Tests; hosted in turn by Australia and England at least once every two years. However, until now altogether 71 Ashes series have been played: Australia have won 33, England 32, and six series have been drawn. Check Men’s Ashes Cup 2021-22 Schedule, Start Date, and Team Squads.

Cricket Australia has announced that an Ashes event in front of full crowds later this year but stressed they would follow government advice when it came to admitting itinerant supporters as the schedule for England’s men’s tours was announced on Tuesday.

The series is scheduled and played at five venues across Australia between 8th December 2021 and 18th January 2022. However, Australia has won in 2019 are the defending holders of the Ashes going into the series.

Joe Root will be leading England Squad in the upcoming Ashes Series. Australia will soon announce the captain. However, Tim Paine led Australia in the previous Ashes series. The 2021-22 Ashes squads will be announced very soon closer to November, which is when the series is scheduled to begin. So Say tuned to catch all the latest information regarding the series. Check out below the likely team squad of Australia and England for the Ashes Series 2021-22.