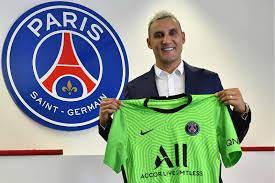 Mexico vs Costa Rica: Mexico will take on Costa Rica in the Final Round of CONCACAF World Cup Qualifiers 2022 on Monday, 31st January 2022 at the Estadio Azteca.

Mexico is placed at the third spot in the points table one point behind USA i.e with 17 points under their belt. They have managed to win five of their nine matches while losing and drawing two times each. After losing two consecutive games, they bounced back in the previous game by defeating Jamaica 2-1.

On the other hand, Costa Rica isn’t having the best of runs in the qualifiers as they find themselves at the fifth spot with 12 points having won three while losing and drawing as many matches. They are now on a two-game winning streak with the most recent one coming against Panama 1-0.

Mexico and Costa Rica have been up against each other on 58 occasions with Mexico coming out as a better side. Mexico have managed to win 34 games whereas Costa Rica have grabbed just seven wins. They last faced each other in the reverse fixture last year where Mexico came out on top with a 1-0 win.

There is no doubt that Mexico start as favorites to win this match against Costa Rica. They have a quality lineup and also have a great head-to-head record against their opposition. We predict Mexico to come out on top easily in this game.

The match between Mexico and Costa Rica will not be streamed live in India.