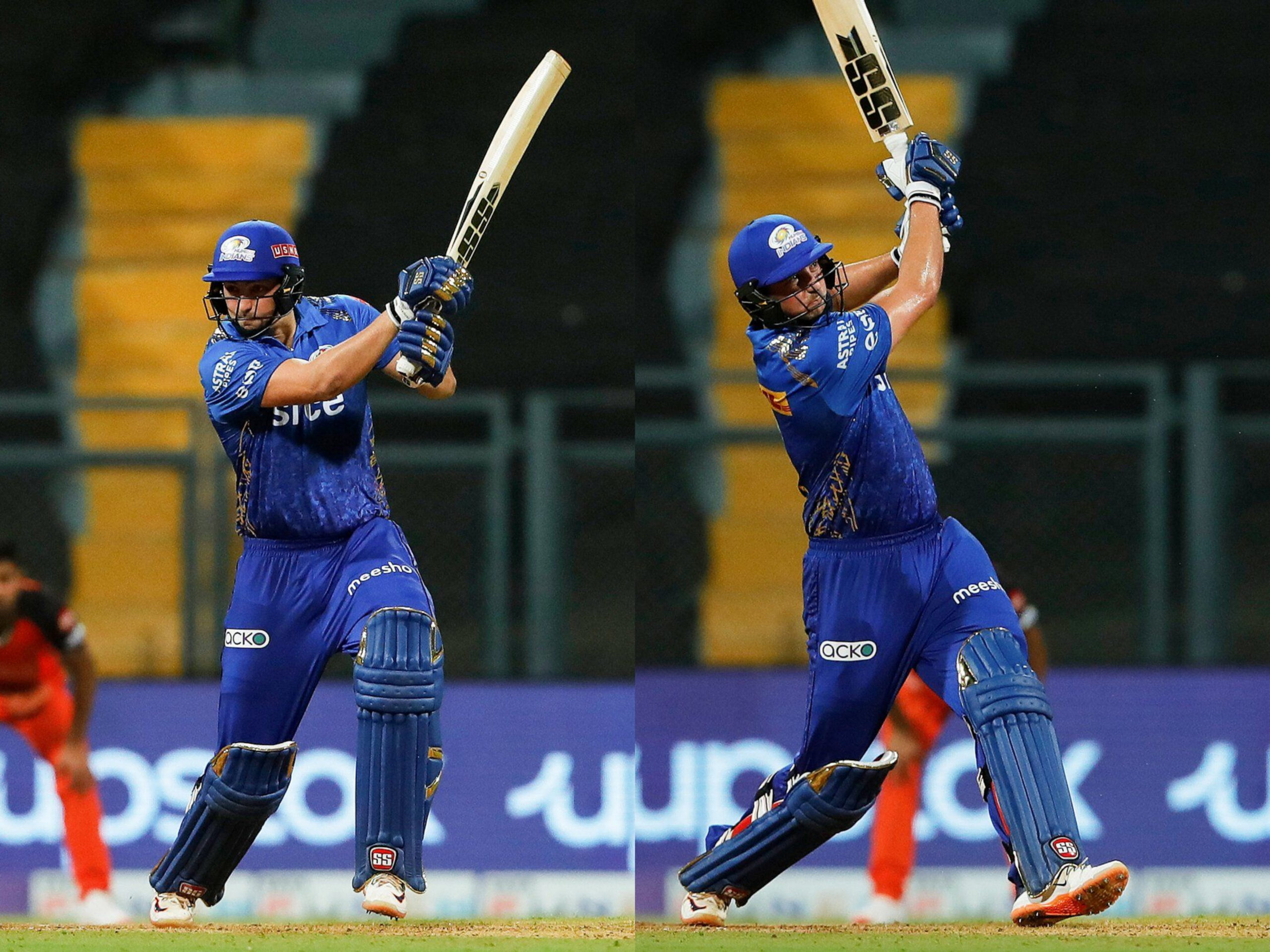 Tim David played a destructive knock for the Mumbai Indians in their game against Sunrisers Hyderabad on Tuesday. During MI’s chase of 194, he scored 46 off 18 balls at a strike-rate of 255, smashing three fours and four sixes along the way. Despite his brilliant innings, Mumbai fell short of the target by three runs.

A 95-run partnership between Ishan Kishan and Rohit Sharma was the start MI have dreamed of, not just today but all season. The two batted for over ten overs before Rohit was dismissed for 48 by Washington Sundar. Ishan followed a few balls later, unable to time a full delivery from Umran Malik and had to walk back after scoring 43.

After cruising at 95-0, MI suffered a mini-collapse where they lost four wickets for 32 runs. Umran Malik took two wickets in the fifteenth over to deal MI’s hopes a huge blow, sending back Daniel Sams and Tilak Varma off the first and last ball. That was when David arrived at the crease with MI needing 75 off the last six, and after he faced two balls he slammed T Natarajan for consecutive fours.

Tim David was benched for half the season, he now averages 38 striking at over 200

Poor Natarajan continued to face the wrath of David, and suffered once again when he returned to bowl his last over, the 19th. David clubbed him for four sixes in an over that went for 26 runs, but the bowler got his revenge off the last ball. The batter knocked the ball toward the striker’s end and wanted to take strike for the next over, and shot off for a nonexistent run. Natarajan collected the ball and quickly knocked over the stumps, running out David by several years.

David took MI heartbreakingly close to their target, and when he walked back they needed 19 runs off the last 12. Bhuvaneshwar Kumar’s wicket maiden in the penultimate over sealed MI’s fate.

After being acquired for 8.25 crores at the mega-auction, Singapore-born David made his IPL debut and played only two games at the start of the competition before he was benched. Since returning to the MI squad for their ggames against Rajasthan Royals at the end of April, he averages nearly 70 having scored 139 from five innings. He has 152 runs from seven innings including today, and has batted at an astounding strike-rate of 202.

Really, really don't know what was going through MI's think tank to drop Tim David after just 2 games. And it's not that they didn't know about him. They paid 8 Crs for him at the auction.

Whilst gifts 🎁 have been given by Natarajan, you still have to hit them…love seeing Tim David 🚀 out of the stadium. Go boy!!!

Funny to even think tim David got doubters. Starts from Mike hesson, recent clown was Mahela.

Tim David fast becoming that guy that when he’s at the crease you have no idea how many runs are safe. Unfortunately he backed himself thatt much to chase it down on his own he ended up throwing away his wicket