‘MI paid all that money to Tim David to bench him for an under-19 Saffer?’ – Twitter perplexed by MI’s team selection 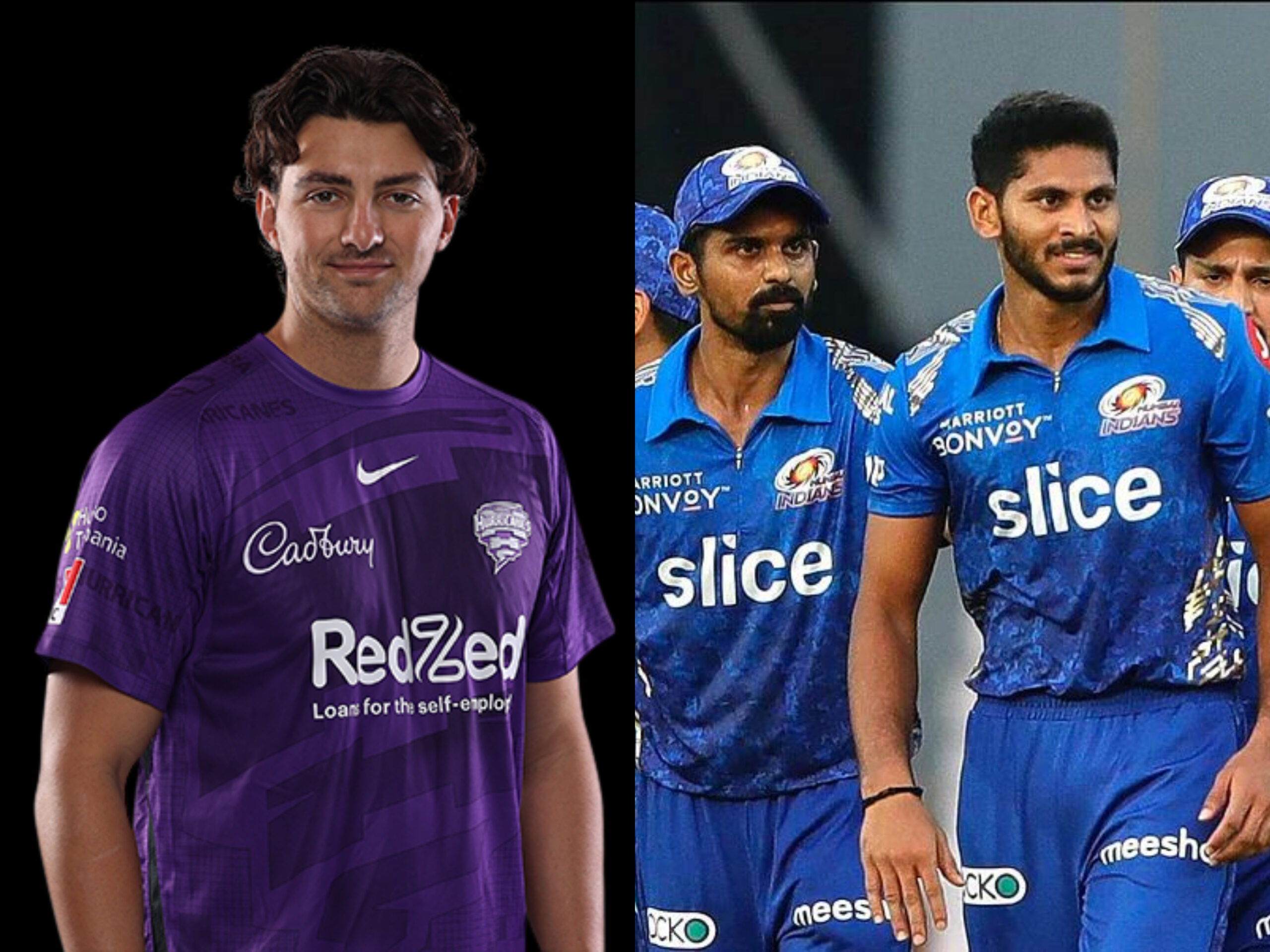 MI all-rounder Tim David continues to be benched as MI heads into their fifth game of the season against Punjab Kings. MI are coming off four straight defeats, and are desperate for a win. Their bottom-of-the-table companions thus far, Chennai Super Kings finally managed to secure a win last night (April 12) against RCB, and MI will not want the ignonimy of remaining the only winless team.

But they have made some baffling decisions. Their batting has been par across the last two games, but middle-order batter Ramandeep Singh still made way for pacer Tymal Mills. Mills was indeed impressive in the last two games for MI, taking two wickets against KKR and three versus the Royals, but this means MI now only bat up to Kieron Pollard  at number six.

MI finally won a toss and send PBKS in to bat, but the Punjab batsmen have taken them to the cleaners so far. They were 99-1 at the halfway mark, after Murugan Ashwin finally managed to send the rampaging PBKS skipper Mayank Agarwal back after he scored 52(32). Playing the extra bowler Mills seems to have had little effect considering how they were all tonked around the park anyway.

The Singapore-Australian-origin Tim David was dropped after poor performances in the first two games. Mumbai splurged on him at the auction, spending 8.25 crores only to bench him when he couldn’t make an instant impression. David is the first Singapore-born cricketer to feature in the IPL, but has made a name himself across T20 leagues worldwide, including the Big Bash League, Pakistan Super League. He has a strikerate of over 160 in T20 cricket, and according to Twitter, deserved a better chance than the one he got. The decision to continue with Basil Thampi and Jaydev Unadkat has also been receiving plenty of flack.

Did they pay all that money for Tim David for him to be replaced by an under 19 saffer?

I really don't get any of this shit.

When you've bought someone for 8.25cr, surely he's good enough to play more than a couple of games. Really surprised to see MI not showing faith in Tim David. #MIvPBKS #IPL2022

MI literally went with Pollard, Brevis, and Ramandeep as their 5th bowling option against RCB in their last match by dropping Tim David and Mills. It seems like their plan was to bowl first so that they can chase down whatever target was given to them but the plan got backfired.

😲 seems like MI have just decided to not win this season… Tim David and Fabian Allen both being benched while the tail starts at number 7 is so not what was expected after the mega auction..
MI still have a decent squad, nd themselves are making it harder to win. Game https://t.co/vV2bAAza2V

Why is Tim David on the bench? Just drop Brevis, they don't need more accumulators in the Top 3, do they?

We're not restricting PBKS under 190 with this bowling attack and we're certainly not chasing it down with Unadkat, Mash at 7-8.

What is this Mumbai team selection 😹 how do you not pick left arm spinner & big hitter Allen against RCB? Voluntarily chosen Thampi over Meredith and Unadkat over Mills in 2022? Could have even played Tim David. Even PEAK RCB & KXIP didn’t do these things

Has been success mantra for all these years,don’t know why they’re something new this season.
Bhai who’ll trust Unadkat & Thampi for 8 overs 😭 https://t.co/w44KBNt1QP