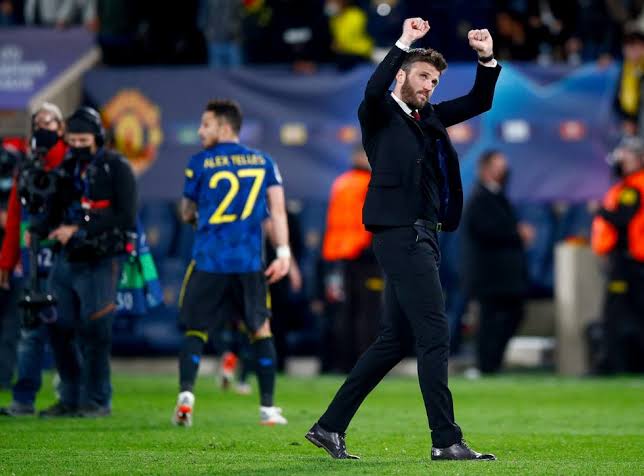 It has been an emotionally charged few days for the Manchester United fans. Most importantly, it has been a whole new paradigm shift for Michael Carrick.

One of Solskjaer’s teammates for United in his playing days and an imperative part of Ole’s coaching entourage, Carrick took over the charge and his first assignment was managing United against the Yellow Submarines.

Even though Manchester United secured a 2-0 victory, they were uncertain on most of the occasions with Ronaldo and Sancho providing them the much-needed ingredients to celebrate.

With all said and done, Manchester United’s interim boss, Michael Carrick was all dressed up for war and was leaping in joy once Ronaldo found the back of the net.

It is quite obvious for someone new who has seen so much unfolding over the last few days and in fact, lost one of his dearest friends to the cruel demands of the calling.

They say that whenever you start something new, you take blessings from your closest ones. Needless to say, Ole and Carrick have been the perfect complement to each other.

Before Carrick took up this seismic job even though it’s transitory, he called Ole to have a brief discussion with him. He was heard quoting, “It’s been an emotional few days. And the first person I spoke to was Ole to see what he thought about it because I thought that was the right thing to do. I take pride in the responsibility of taking the team.”

He concluded by saying, “Tonight was not important for me personally but for the team. It was about getting through and it can swing both ways, so I am delighted.”