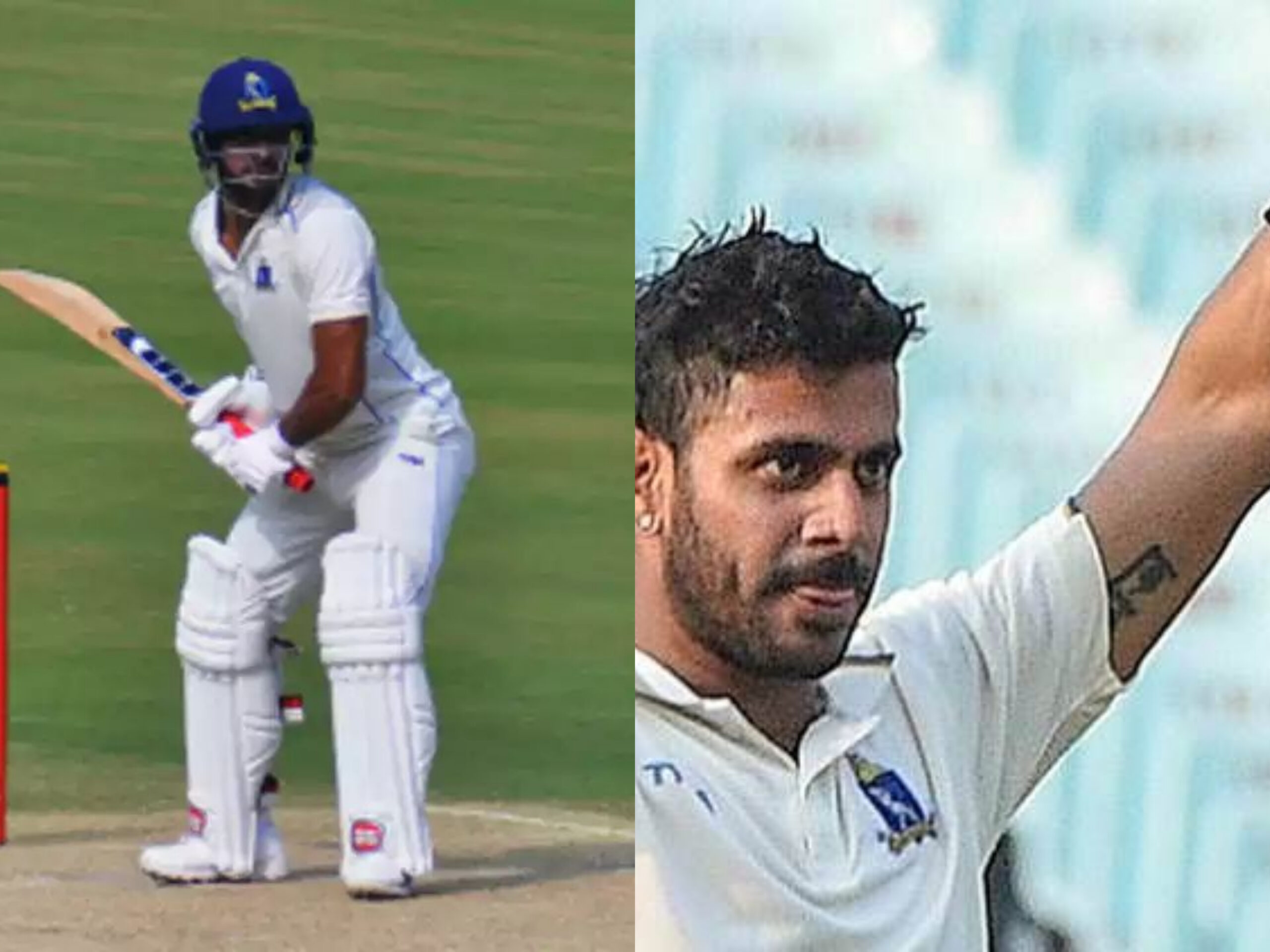 The Ranji Trophy semi-finals began on June 13. Mumbai is engaged with Uttar Pradesh, while Bengal is playing Madhya Pradesh. The latter is turning into an exciting contest, especially considering the recent emergence of MP in domestic cricket. Today, Bengal clawed their way back from 54-5 thanks to two stunning centuries from their star players, Manoj Tiwary and Shahbaz Ahmed.

MP made 341 in the first innings, with wicketkeeper Himanshu Mantri racking up a massive 165. In the very first over of Bengal’s innings, Kumar Kartikeya crippled the opposition with a two-wicket maiden. Opener Abhishek Raman and Sudip Kumar Gharami were both bowled for ducks, and Bengal were stranded two wickets down with zero on the board.

That wasn’t the end of their woes, however. Anustup Majumdar and skipper Abhimanyu Easwaran were both removed within the session as well, and wicketkeeper Abhishek Porel not long after. This brought Tiwary and Shahbaz to the crease, with Bengal needing a miracle if they were recover from half their side being back in the hut for just over 50 runs.

But that is indeed what Tiwary and Shahbaz produced. The two added a 183-run partnership for the sixth wicket, hauling Bengal back into the competition. Tiwary, who occupies the position of Junior Sports Minister in the Bengal government, scored a 102. When he was finally dismissed, Bengal had now amassed a much more respectable total of 237.

Once the partnership was broken, Bengal lost their last few wickets in a heap. Shahbaz batted on, and went on to score 116.

Also read: Rahul Tewatia’s reaction to being left out of the Ireland tour

.@tiwarymanoj may be a minister for sport for the state of Bengal, but he remains the minister of rescue and resurrection for the Bengal Ranji team. He came into #RanjiTrophy with people questioning his place. He's responded with runs, smarts and drive.https://t.co/lgOCptu7se

This century is special. This knock is very very special. What a player! Manoj Tiwary is a proper fighter. Make this bigger, king 💪😤🔥