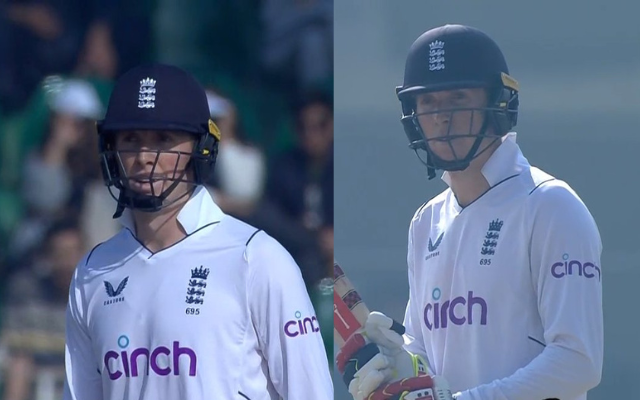 At the Rawalpindi Cricket Stadium in the first game of the series, England’s opening batter Zak Crawley scored his third Test century.

Despite Pakistan’s best efforts, the right-handed batsman contributed to an unstoppable run flow. The teenager scored his century off just 86 deliveries, against bowlers ranging from Naseem Shah to Haris Rauf.

The first Test between Pakistan and England got underway on Thursday as planned, even though many English players had been unwell in the days leading up to the game.

The Pakistan Cricket Board announced two hours before the start of the first Test on Thursday, December 1 that “the first Test will commence as per schedule today at the Rawalpindi Cricket Stadium” because the England and Wales Cricket Board “has informed the PCB that they are in a position to field an XI.”

There was some consideration given to delaying the commencement of England’s first Test in Pakistan in 17 years due to the illness of many of the team’s players. Both sides’ officials decided to wait until Thursday morning (local time) to make a final decision on whether or not to postpone the game. The toss was set for that morning.

At the Pindi Cricket Stadium on Wednesday, just five England players (Harry Brook, Zak Crawley, Keaton Jennings, Ollie Pope, and Joe Root) showed up for training. When team officials reported that six or seven players had contracted the illness, the remainder of the squad, including captain Ben Stokes, remained at the hotel.

This test is a big farce https://t.co/3PN8TUBKyR