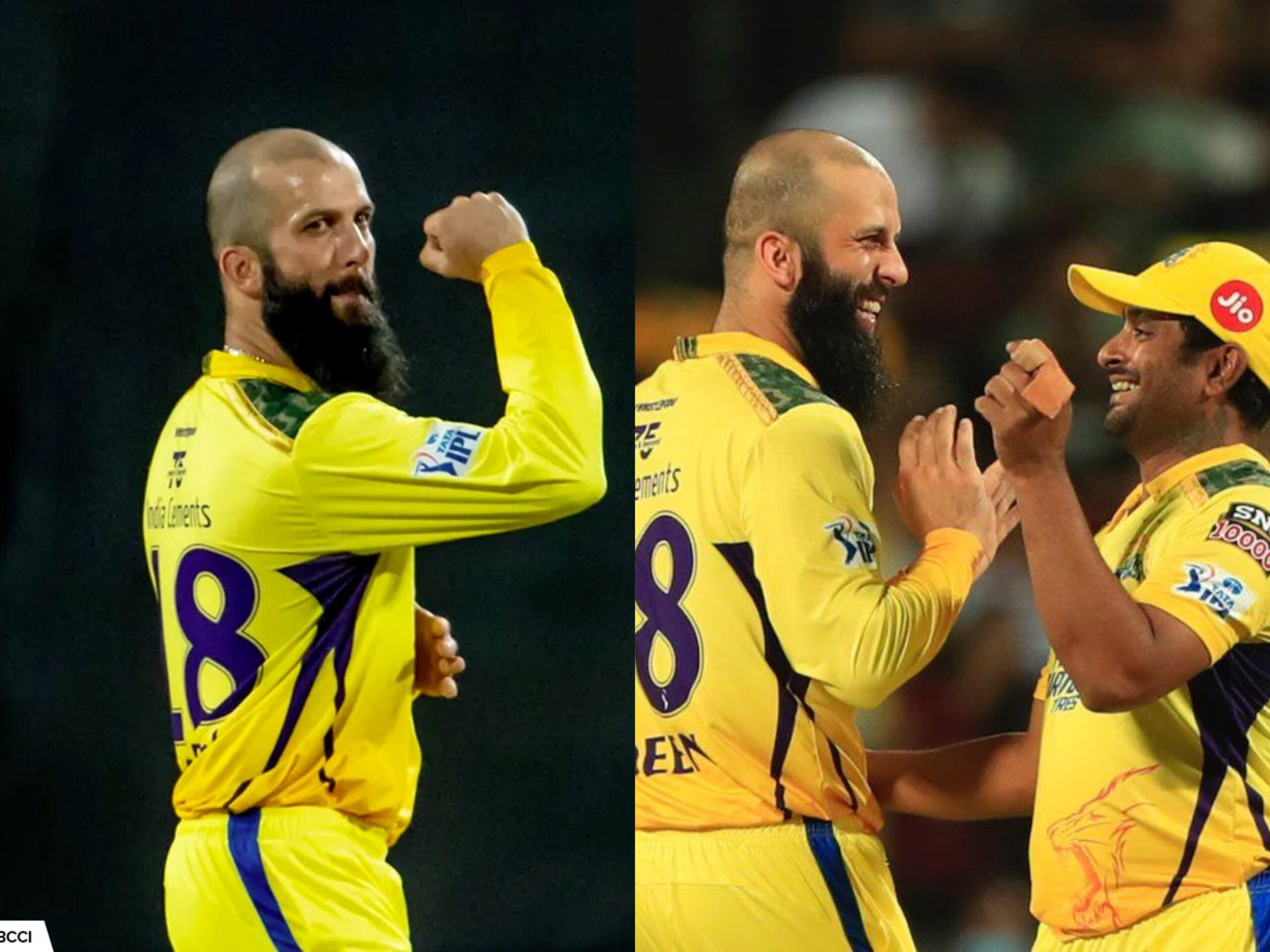 Moeen Ali bowled a game-changing spell for the Chennai Super Kings to set up a 91-run win over Delhi Capitals on Sunday evening. The England all-rounder took three wickets for only 18 runs, ensuring that DC capitulated to 117 all out. The massive win carried CSK to eighth position on the table, while DC remain at number five.

Moeen was introduced after the powerplay. Though DC had already lost both of their openers, Mitchell Marsh and Rishabh Pant were batting with serious intent and they were 71-2 after seven overs. Marsh had already clobbered three fours and a six, but couldn’t surivive Moeen’s first over. The ball that got him was bowled full and wide outside off. The Austrlian tried to slog but couldn’t middle it, and it landed i nthe hands of Ruturaj Gaikwad at long-on. Marsh had to go, leaving DC at 72-3 and still needing in excess of 130 from the last 12 overs.

Moeen’s next over changed the course of the game, and destroyed any hopes DC might’ve had of chasing down their target. Pant had hammered 21 runs off the 10 balls he’d faced, but had no answers for the guile of Moeen Ali. A length ball bowled outside off was played late, and the batter ended up chopping on to leg stump. Two balls later, Ripal Patel tried to send a similar delivery out of the park but ended up splicing it to Devon Conway at deep-midwicket. DC were now 81-5, needing in excess of 12 r.p.o with half of their batters back in the hut.

Next over, Mukesh CHoudhary picked up the wickets of Axar Patel and Rovman Powell to truly flatten the hopes of even the most optimistic DC supports. Still it was Moeen who picked up the crucial top order wickets, proving he was well up to spearheading the spin unit in the absence of Ravindra Jadeja.

Moeen haters come out we need to talk

Sad that the batting value of Moeen didn't kicked in this season, but he has did more than decent job as bowler.

Conway with bat, Moeen Ali with ball have more or less buried Delhi’s hopes of winning this match

csk mad franchise. they pick decent players like moeen ali, conway, theekshana and turn them into goats while other franchises buy t20 superstars like bairstow, livingstone and yet fail to get a decent season out of them