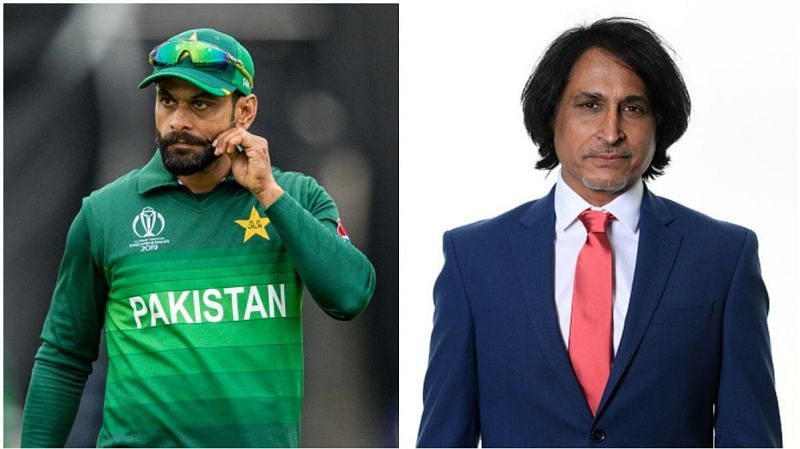 Mohammad Hafeez, a former Pakistan all-rounder, has expressed his concerns over the choice of the head of the Pakistan Cricket Board (PCB). Ramiz Raja is presently in charge of the organisation, and Hafeez does not seem to be thrilled with his performance in the role. Aside from that, the 41-year-old expressed his displeasure with the elimination of departmental and bank teams in domestic cricket, claiming that the move has left many domestic players out of work and with no future.

For the uninitiated, the Pakistan Cricket Board (PCB) eliminated the departmental and bank teams a couple of years ago on the orders of Prime Minister and former Pakistan captain Imran Khan. Notably, during his playing days, Imran himself participated in a significant amount of domestic cricket for the national airlines and other government organisations. Meanwhile, Hafeez has also criticised the selection process, stating that the PCB chairman should be appointed after elections are held. It is worth noting that Raja was chosen after Imran Khan recommended him for election to the ruling council.

Several aspects of the existing procedure are incorrect: Mohammad Hafeez

While all was going on, Mohammad Hafeez retired from international cricket earlier this month after an amazing 18-year international career. While Hafeez announced his retirement from Test cricket in December 2018, the 2019 World Cup was his last opportunity to represent his country in one-day internationals.

Despite this, he managed to perform well in Twenty20 internationals even in the latter stages of his career. Hafeez’s last appearance in national colours came at the T20 World Cup in 2021. In all, Hafeez played 55 Tests, 218 One-Day Internationals, and 119 Twenty20 Internationals.

“I have served Pakistan with tremendous pleasure, and whatever role I have performed during my 18-year professional career, I have done it with grace and respect. On and off the field, I made every effort to hoist the Pakistani flag as high as I could to represent my country. I am quite pleased and delighted with my professional and personal successes, which have all been for Pakistan. So that’s the end of it for me,” Mohammad Hafeez stated in an interview. He is now playing with Lahore Qalandars in the ongoing Pakistan Super League (PSL) 2022.