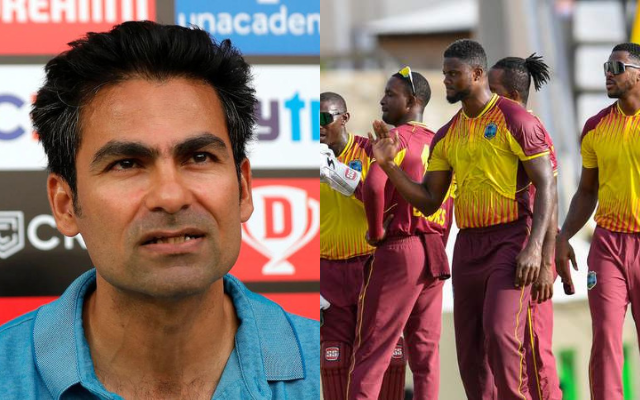 The West Indies batting lineup struggled once again in the fifth and final Twenty20 international of the series. With that, Rohit Sharma and the rest of his squad won the Twenty20 International series by a score of 4-1, but the West Indian team is the one that everyone is talking about.

The squad was formerly considered to be among the most dangerous Twenty20 international teams in the world, but nowadays they are only a spectre of their former selves. Fans and analysts consider the West Indies to be a poor team due to the retirement of players like Chris Gayle, Kieron Pollard, and Dwayne Bravo, as well as the unavailability of players like Andre Russell and Sunil Narine. On the other hand, this wasn’t the case even as recently as five years ago.

What did Ravi Shastri say?

Because of this, the previous coach of India, Ravi Shastri, was taken aback by the Caribbean team’s inability to put on a good performance. During a programme for FanCode, Shastri questioned former Indian batter, Mohammad Kaif, about the issues that have been occurring with this current group of West Indies players.

What did Mohammad Kaif say about West Indies?

Kaif, who had been a member of the Delhi Capitals squad in the past, collaborated with a significant number of players from this area. According to Kaif, the Twenty20 leagues that are played all over the world offer players the money and fame that the national team is unable to provide them. For this reason, they are very driven to play in the Indian Premier League (IPL), as opposed to the West Indies squad.

“The problem is that they are given a lot of opportunities to play matches outside of the country. They have the potential to acquire both fame and wealth. So that’s the main point of distinction. I also believe that their former cricketers weren’t effective in persuading these guys (to commit time to the West Indies). I think that’s what happened,” Kaif said.

Kaif also said that the current captain and management are unable to persuade all of the players to devote time to the West Indies team. He attributed the success of the team to Pollard’s leadership, saying, “When Pollard was the captain, he did a wonderful job. He was an asset to an outstanding group. They had individuals such as Russell, Bravo, and Simmons. Pollard was successful in persuading them to take part in matches for West Indies.”

‘Sorry England can’t sympathise for long, have to gear up for the gold medal match’ – Twitter reacts as India move to CWG finals
‘That is what we are searching for’-Rohit Sharma sends a message to the team after the T20I series win against West Indies