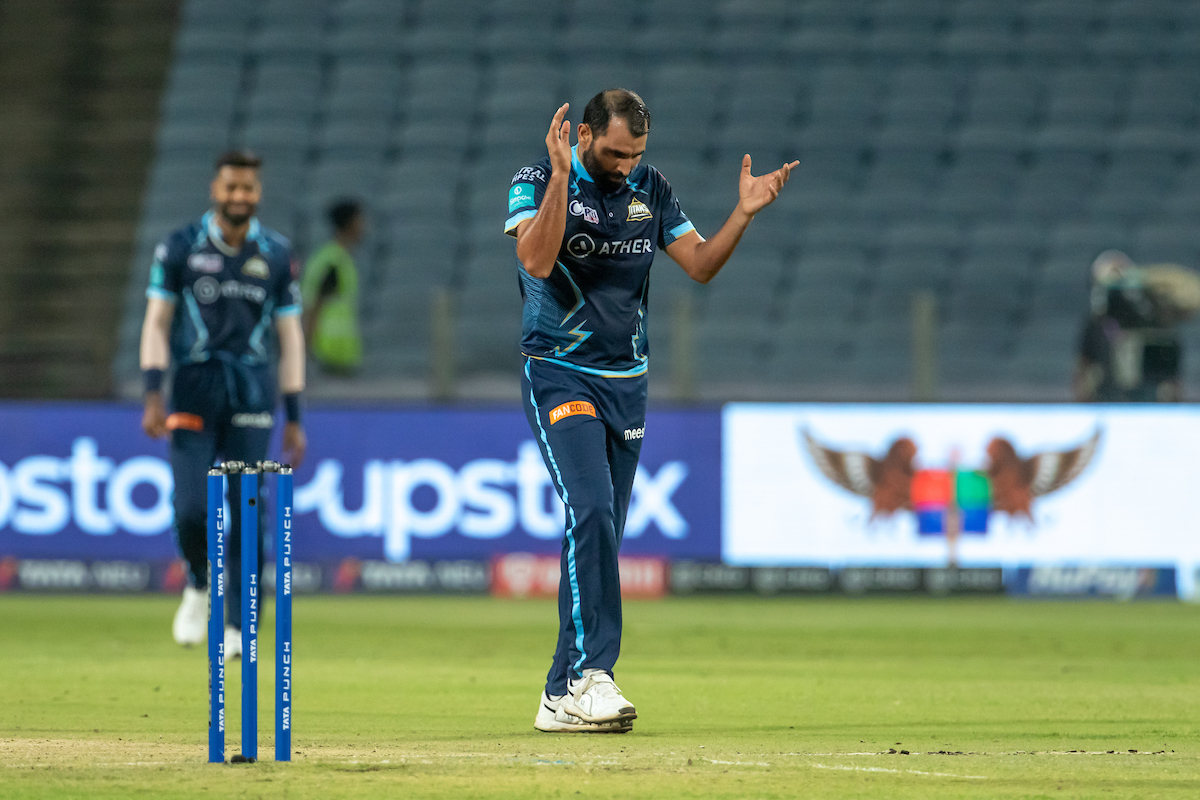 Mohammed Shami proved his worth once again for the Gujurat Titans, in their game against Lucknow Super Giants on Tuesday. During GT’s defence of the 145-run target they’d set, he bowled an incisive spell during the powerplay. Shami bowled three overs up front and conceded just five runs, and picked up the wicket of KL Rahul to boot. The pacer has now taken Rahul’s wicket on both encounters between the two teams this season, and last time he got him for a golden duck.

Opening the bowling for GT, Shami bowled a tight over to KL Rahul to struggled to get bat on ball and was beaten twice. Hardik Pandya bowled in tandem at the other end, and released a bit of the scoreboard pressure when an edge from Rahul flew to the boundary for four. Still, Shami maintained his tight line outside off stump, on a good length that persistently troubled both openers and his second over conceded just two runs.

Yash Dayal was the one to make the first breakthrough, able to reap the benefits of the pressure created by Shami’s spell. In the fourth over, Quinton de Kock tried to play a couple of shots but could only manage a six. Next ball, he clobbered it straight to Sai Kishore at cover point. Then Shami returned to bowl his third over, and was up against Rahul once more.

Rahul could not score off the first four balls of the over. The tournament’s second-highest run scorer had already been at the crease for 15 balls, but scored only eight runs off them with one streaky boundary that came off an edge. Once again he received a rising delivery outside off stump. Rahul’s pull only sent the ball sailing high into the air off the top edge, and landed in wickekeeper Wriddhiman Saha’s gloves as easy as you please.

Shami gets K LRahul. This could be the game’s changing moment

Shami is our hazelwood, unreal control in pp

Currently Shami is India’s best new ball bowler. No other bowler is close to him.

A golden duck, followed by this short, unconvincing innings. That has been Rahul against Shami in the two matches this season.