“Most of these Indian seniors should not be seen anywhere near t20 team ever”, Twitter reacts to reports of Most of the Indian seniors wont be playing in T20 in next one year as they will concentrate on ODI & Test 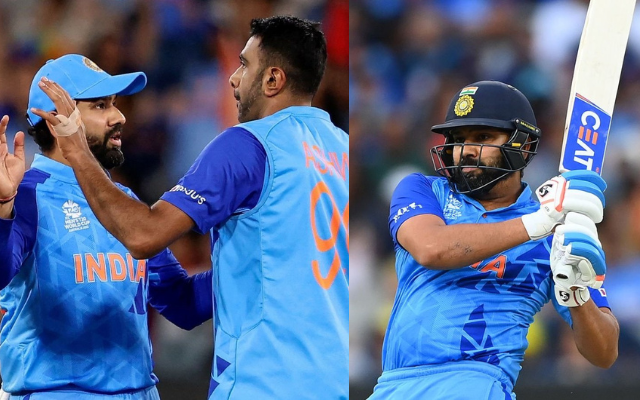 BCCI sources claimed on Thursday that experienced players like Rohit Sharma, Virat Kohli, and Ravichandran Ashwin would be progressively eased out of India’s T20 team over the next 24 months.

Ashwin and Dinesh Karthik may have played their last T20I games, but the BCCI will let Kohli and Rohit make that call. Rohit was comforted by head coach Rahul Dravid as the two faced the media after the team’s heartbreaking loss in the T20 World Cup semi-final. There are still two years before the next Twenty20 World Cup, but if the rumour mill is to be believed, a new squad will be in place, with Hardik Pandya as the long-term leadership pick.

India will play at least 25 One-Day Internationals in the coming year as preparation for the 50-over World Cup in their own country in the following year pushes the Twenty20 Internationals to the background. Looking at India’s FTP schedule, we can see that the squad will only play 12 T20Is in the form of bilateral tournaments (home and away), with the first three games beginning next week in New Zealand.

It’s possible that the grammar of Powerplay batting may shift with the addition of Shubman Gill and Rishabh Pant (vice-captain for the trip, and also a sharp opener). Prithvi Shaw, who is very gifted, has been overlooked on several occasions during Dravid’s tenure as coach. Since Rohit and Kohli are such household names, the BCCI will likely let them make their own decisions over the future of their careers.

At the age of 37 in two years, Rohit is no longer anticipated to captain a Twenty20 International side. Karthik’s position as the team’s designated finisher was a temporary one, made with the Twenty20 World Cup in mind. The opposing hitters never saw Ashwin as a legitimate danger during the competition. His economy rate of 8.15 was nothing to write home about, and three of his six wickets came in the match against Zimbabwe.

Washington Sundar will be given more time to prove himself after suffering a series of unfortunate injuries. KL Rahul is the lone questionable selection since his strike rate of 120.75 exemplified everything that was wrong with the Indian squad as a whole. He’s the only opening batsman in the top tier who hasn’t reached double digits against a top side (4 vs Pakistan, 9 vs South Africa, and 9 vs England) in a major game. The selectors would have a hard time overlooking Rahul’s persistent poor performance while deciding which players to include in the T20 squad for the next series against Sri Lanka.

There is no point these guys even thinking of playing the next T20 WC. Out of the blew they will and seal a deserving players spot. Should stick to IPL and earn money there. A 50 over WC is there and then a new lot gets their opportunities after that. https://t.co/hChtyYkrqj

Yeah, that's just it – they won't play T20s, India will have a younger team, then when the seniors return, the youngsters won't play anymore in T20Is and will have to make way.

Where is the continuity??? https://t.co/V6qIs1VMwS

Yes. The young team who will win T20 matches would again warm the benches for ICC tournaments and seniors will back to play test innings in ICC T20s. https://t.co/zifKFeRdH3

What the news should have been – youngsters will get a chance in T20is now as we try to build a side for the next WT20.
But it's peak Indian Media/BCCI to say things like this, even after CT2017 they said they are resting Ashwin Jadeja but actually they were dropped. https://t.co/I12CXBpuP0

They will focus on IPL https://t.co/RNdb8gFaU6

It's over for these guys I thinkhttps://t.co/ybf6YfYTMK

Send an ultimatum to all Top 6 Batters to work on their bowling. Compulsory 2-3 overs for each one of them in alternative ODIs until next year specially KL Rahul ( No.5 needs to be a good part timer ) @JayShah https://t.co/KpEIpb5UpA

They just need to retire from this format. After one year they'll be back again. People will forget this humiliation and based on ODI and IPL performance selectors will feel their need again https://t.co/Eeh3pkC4Yd

Most of these Indian seniors should not be seen anywhere near t20 team ever. https://t.co/pPURmM8eiX

“Wow I never saw the coaching staff getting rest only Indians have this brand of cricket”, Twitter reacts as VVS Laxman is set to be the coach of India in the New Zealand tour as Dravid and other coaching staff have been given rest
“Because I’m choosing this team, I have to be in it”, Rishabh Pant chooses five T20I players for his team