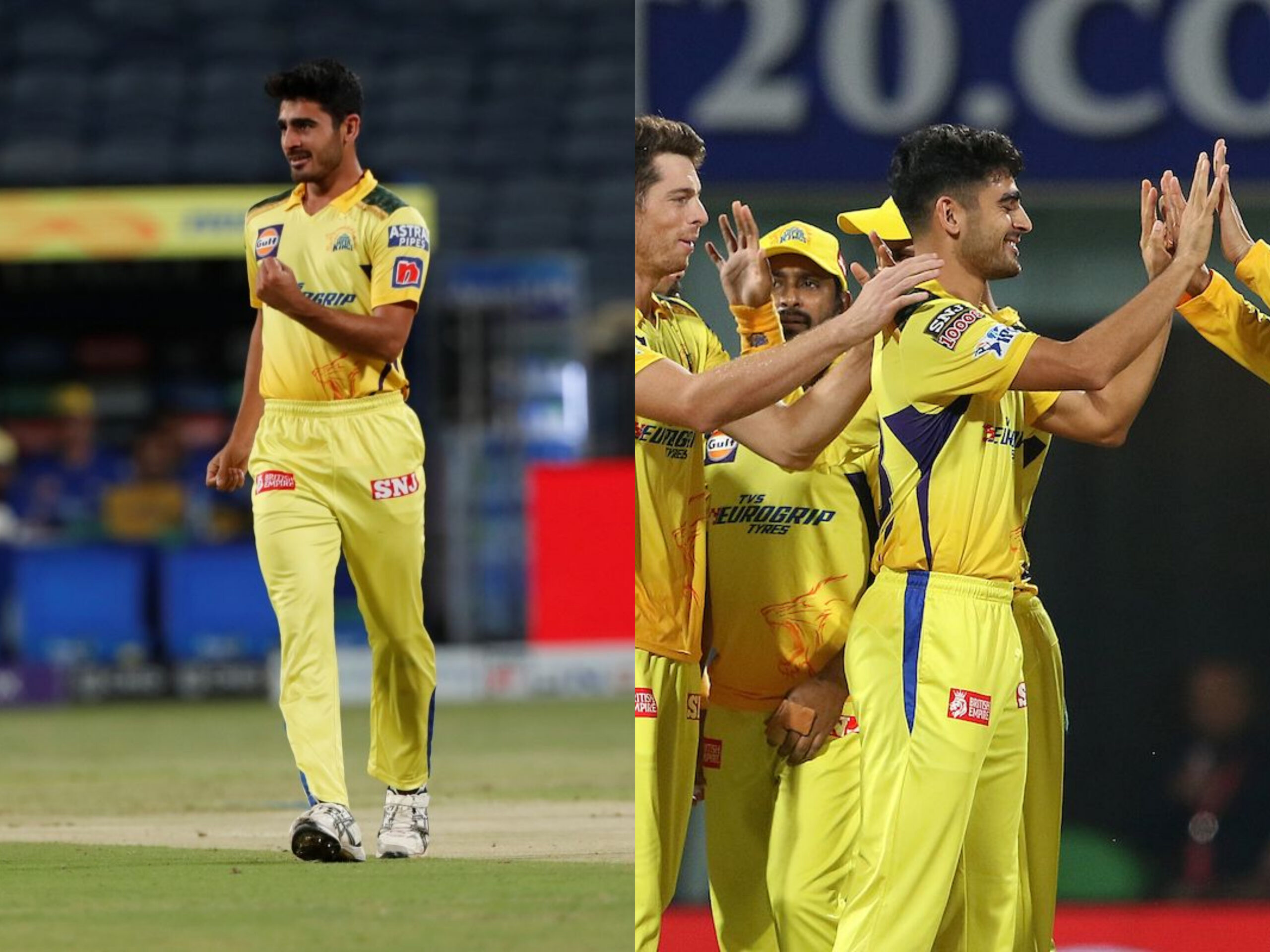 Mukesh Choudhary bowled an outstanding opening spell for Chennai Super Kings in their game against Mumbai Indians on Thursday. He took three wickets in the powerplay, and at the end of his second spell MI were 23 for 3. Mukesh ended his spell at the 3-19-3, at an economy rate just over 6.

Mukesh has been opening the bowling in the absence of Deepak Chahar, and today gave his team the dream start. His first over went went for six runs, and he also removed both MI openers for a duck. Rohit Sharma was dismissed off the second ball of the innings, undone by an inswinger that rose more than he expected. The India skipper tapped at it noncommittally, and Mitchell Santner snapped up the catch at mid-on.

Three balls later, MI’s 15-crore batter Ishan Kishan had his stumps uprooted. Ishan was not expecting the late inswing, and missed the line of the full-pitched delivery, which snaked through to take out off-stump. Mukesh had only conceded one run and one wide until then, and MI were 2-2. Not even a boundary off the last ball was enough to dent that marvelous opening spell.

Dewald Brevis was Mukesh’s third scalp of the match. The teenage South African was coming off a blistering 31(13) from his previous innings, but couldn’t replicate that performance here and had already been dropped once by Jadeja. Mukesh bowled a slower offcutter, and Brevis misread the bounce, and edged it to Dhoni. MI were now three down for 23 in three overs, and never really recovered. They ended their innings at 155 for 7.

Prior to this match, Mukesh had taken four wickets from five games, but has been steadily improving. He had a commendable outing against Gujarat Titans, picking up the early wicket of Shubman Gill for a duck in the first over of GT’s chase, which sparked a mini top-order collapse.

CSK’s bowling department has been considerably weakened by the absence of Deepak Chahar, who has missed the entire tournament with a quadriceps strain and his old back injury flaring up again. After spending 14 crore on him at the auction, losing him was a terrible blow and left their their bowling unit paper thin. But Mukesh coming good will be a big positive for CSK to take away from their damp squib of a season.

Nothing just the pictures of the owners of Mumbai Indians named ' Mukesh '. pic.twitter.com/IHbu2QNdnb

Mukesh Choudhary in IPL 2022 bowled 4 balls to Rohit, Virat & Shubman dismissing all 3 of them without conceding a run.