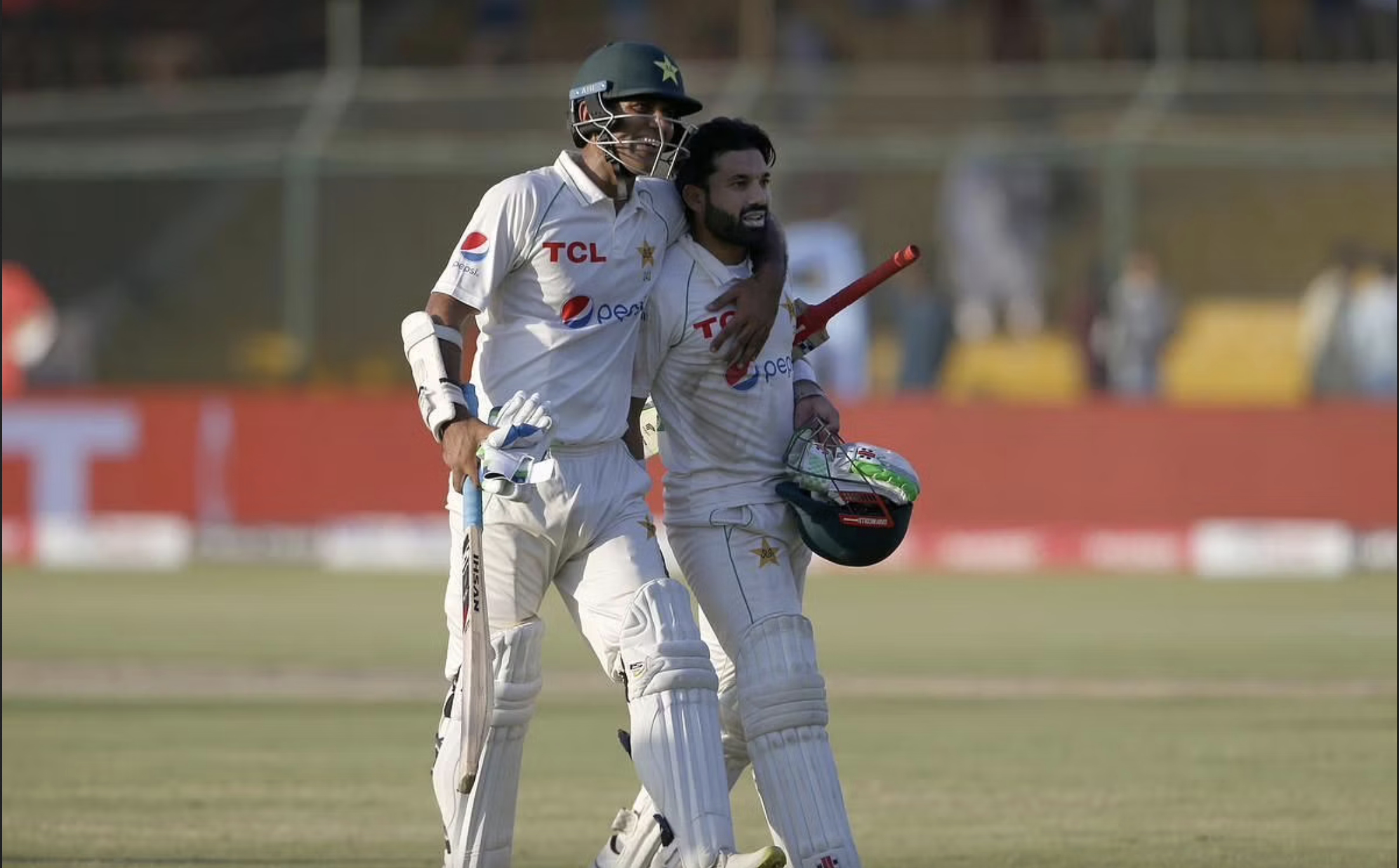 Pakistan wicketkeeper batsman Mohammad Rizwan admitted that Nauman Ali lent him the apt support during the fifth day’s play of the Karachi Test against Australia. When Rizwan and Ali got together, the hosts had three wickets in hand with around eight overs to play out. Ali was no mug with the bat as he came into the game with one century and 12 half-centuries behind him in first-class cricket.

Even in the first innings of the Karachi Test, Ali stayed unbeaten on 20 off 35 balls with four fours. In the fourth innings, Ali couldn’t get off the mark, but played out 18 balls under pressure. Rizwan also stayed unbeaten on 104 off 107 with the help of 11 fours. While chasing 506 runs, Pakistan ended their innings at 443 for seven in 171.4 overs.

The 29-year-old Rizwan said that Ali’s unbeaten duck and his century held the same importance in the context of the game. The wicketkeeper-batter said their knocks wouldn’t have been of any value had the home team lost the game in Karachi.

“In victory the value of a hundred or a zero is the same because at that time, for us, the 18 balls Nauman faced, were more important for us. If I had scored a hundred and we had lost the game, it would’ve had no value. So, his 0 and my hundred were [of] the same value,” Rizwan was quoted as saying.

Rizwan came to bat after Australia skipper Pat Cummins got rid of the experienced Fawad Alam. From there on, he put on a 115-run stand with Babar Azam, who scored 196 runs with 21 fours and one six before getting out to Nathan Lyon.

Rizwan, however, went on to play until the very end and made sure Pakistan evaded a defeat in the Karachi Test. Lyon threatened to take the game away from Pakistan after getting rid of Faheem Ashraf and Sajid Khan in double quick time.

But Rizwan and Ali’s grit and determination denied Australia a win. Pakistan came back in the game, having conceded a 408-run first innings lead after being shot out for 148.