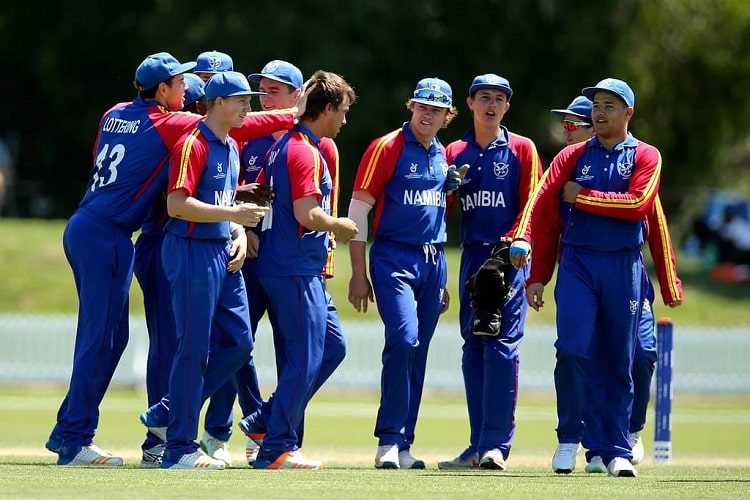 Finally for all the Fans and Cricket lovers, ICC T20 World Cup 2021 is all set to kickoff from 17th October 2021. They can enjoy watching the live stream of the entire series on their TV sets and other devices. Initially the tournament was supposed to take place in India, but due to the public health and concern of Covid-19 it was scheduled in UAE and Oman. Check out Namibia Squad For T20 World Cup, Complete Players List.

Namibia is one of the participating nations of ICC T20 world Cup. Among 16 nations there will be 45 matches that will decided the winner of the tournament for this year. So take a look at Namibia 2021 Squad For T20 World Cup, Complete Players List, Owner, Captain, Stadium, And Fixtures.

Namibia had announced its complete squad that will be featuring at the upcoming ICC T20 World Cup 2021. The Players are all quite skilled and looking forward to give a tough competition to all the other nations this year.

Cricket Namibia (CN) has announced a 16-man men’s national team for the upcoming ICC-T20 Men’s World Cup in Oman and the United Arab Emirates on October 17, 2021. Namibia Men is part of the tournament’s first round pool and Will compete for two (2) places in the Super12 phase of the group formed by former champions Sri Lanka, Ireland and the Netherlands. So take a look at the entire list of players for Namibia.

Who is the Owner and Captain of the team Namibia?

The national cricket team of Namibia is not only managed but governed by the official body that is Cricket Namibia. It was established in the year 1930 and it was affiliated as an official member by ICC in the year 1992.  Its current headquarters is in Windhoek, Namibia.

The cricket team of Namibia plays most of its matches at the international ground, Wanderers Cricket Ground. It was established in the year 1990.

The fixture for the team Namibia is announced by the ICC T20 management. So take a look at the fixture of this team and the details of the matches.

Here is an entire schedule of the T20 World Cup for the year 2021. The details of the match is given to you below and the timings for ll matches is according to IST. So check it out now