Napoli vs Leicester City should be a good contest between two teams hoping to win the match. 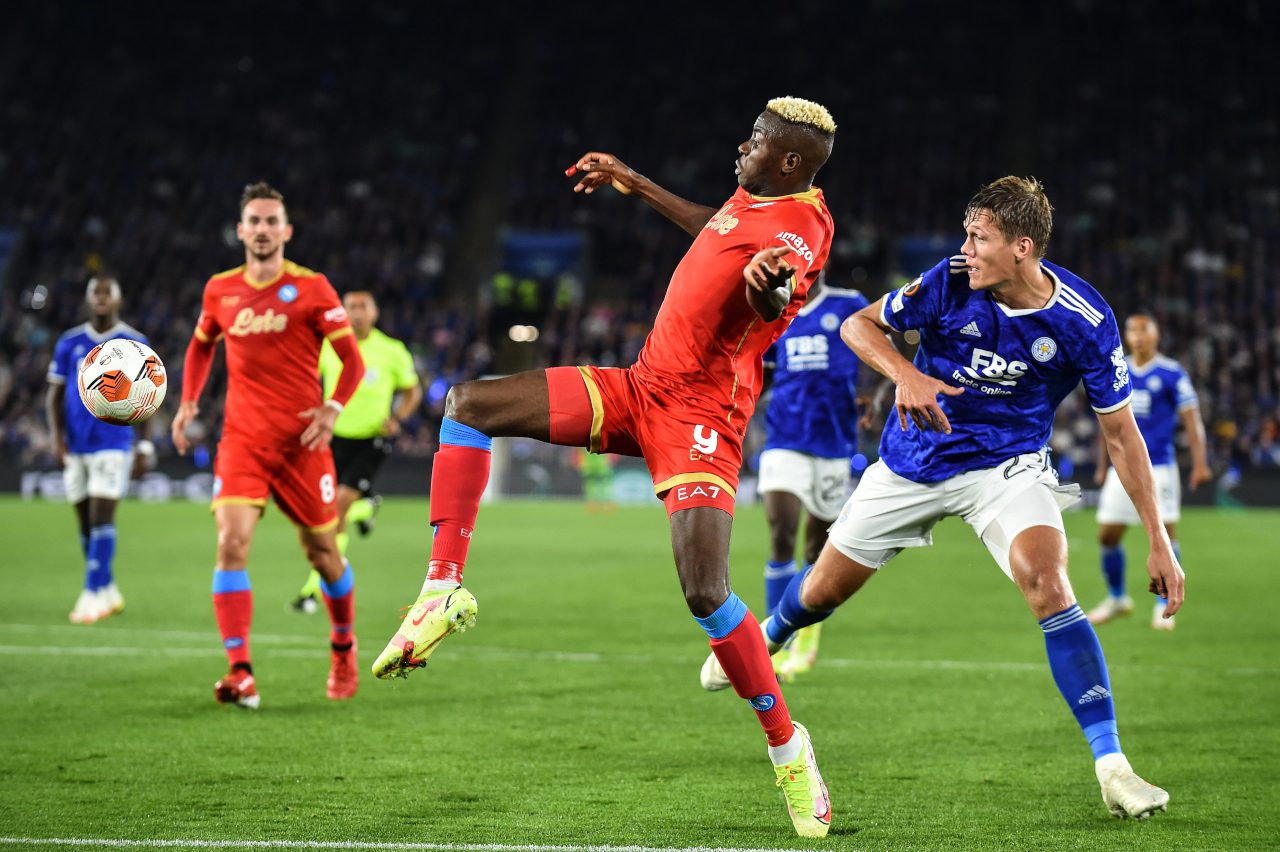 Napoli vs Leicester City Where To Watch?

As a result of Stanislav Lobotka’s injury against Atalanta over the weekend, Luciano Spalletti will have to make yet another adjustment to his available resources for the encounter that will determine Napoli’s Europa League fate on Tuesday night.

With a cheekbone fracture suffered late last month, top scorer Victor Osimhen was forced to miss many months of action. Fellow first-teamers Andre-Frank Anguissa, Kalidou Koulibaly, Fabian Ruiz, and captain Lorenzo Insigne have all been out.

Coverage on the defensive In addition to Kostas Manolas’ absence, squad players Juan Jesus and Kevin Malcuit might return to the starting lineup in an unorthodox 3-4-3 configuration, with Diego Demme replacing Lobotka in midfield and Dries Mertens remaining in the role of club-record goalscorer in the attack.

As a result of their improved injury situation, Leicester head to Italy with Youri Tielemans and James Justin both on the verge of returning to action, but they may not be available for selection until later in the week.

Brendan Rodgers might make a handful of changes from the team that began on Sunday, with Ayoze Perez and Boubakary Soumare among those vying for a place in the starting lineup. At the same time, Kiernan Dewsbury-Hall and Ademola Lookman could also be benched.

Patson Daka and Kelechi Iheanacho are plausible options – or prospective teammates for the ex-England striker should Rodgers choose for two upfront – to Jamie Vardy, who was rested for most of the loss to Aston Villa.

The One liner explainer:

The fact that Napoli is in more need may play into the hands of Leicester, who can afford to hit on the counter utilizing their considerable skill and quickness to take advantage of their opponent’s weakness.

The sheer number of crucial players unavailable for the Partenopei may be insurmountable, and even a single point from what might be a wide-open meeting would see them qualify for the Conference League knockout phase as the third-placed team.

Twitter Reacts As Barcelona Crashes Out Of The UCL In The Very First Round
UEFA Europa League 2021-22, Lyon vs Rangers Betting Predictions, Where to watch