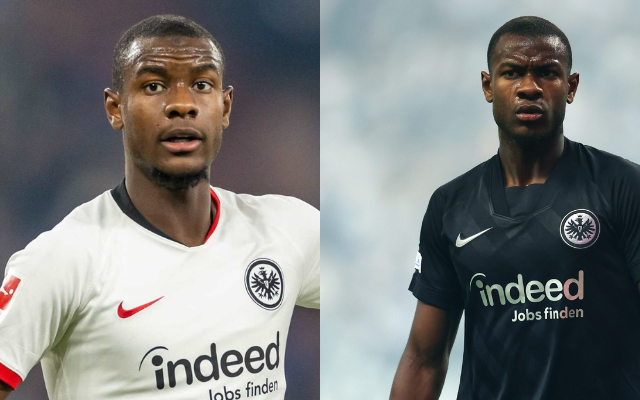 In the competition to recruit Evan Ndicka, Tottenham Hotspur currently has the lead over Marseille. Ndicka currently plays for Eintracht Frankfurt

Foot Mercato claims to have received information indicating that Olympique Marseille has slipped further and further behind in their chase of Evan Ndicka. The French giants were widely considered to be the frontrunners in the battle to recruit the Eintracht Frankfurt star during this summer’s transfer window, but the financial difficulties that they are now experiencing have severely hampered their progress in the quest.

According to the source, Tottenham Hotspur is presently in the driving seat to sign Ndicka before the start of the new season. Marseille’s impending acquisition of Isaak Toure, a talented defender for Le Havre, from Manchester City may serve as the latest indication that OM is losing its footing in the pursuit of Ndicka.

Ndicka, who plays center defense professionally, moved to Eintracht Frankfurt in 2018 and has had tremendous success there ever since. He has piled up approximately 150 competitive appearances over the course of his current four-year contract with the club, firmly establishing himself as a defensive lynchpin for Die Adler.

The Frenchman, who stands at 1.92 meters, has established a reputation for himself thanks to his commanding presence in the back line. Because of this, he has a significant edge while competing in physical and aerial contests. Ndicka is also a very prolific defender, as seen by the fact that he has scored as many as 10 goals during his career with Frankfurt.

Ndicka is a versatile defender who can play either in a back three or a back four formation. Because he is also capable of playing left-back, Antonio Conte should make him one of his top priorities as a player to sign.

The manager of Tottenham Hotspur is actively searching for more players to add to the defensive unit. He is interested in finding better replacements for Davinson Sanchez and Joe Rodon, with the latter having been linked with a transfer to Nottingham Forest, a team that was just promoted. After dropping farther down the team’s depth chart under Conte, Sanchez is also a candidate to leave the club.

There has been speculation that Tottenham would make a bid to acquire Marc Guehi, a player who had excelled for Chelsea. However, considering his breakout performance in the Premier League this past season, the standout player for Crystal Palace might command a very high price. Because of this, Tottenham is mulling over the possibility of making a summer transfer for Evan Ndicka.

Because of his tactical acumen and his mobility in the back line, the 22-year-old defender is a perfect match for Conte’s style. Ndicka’s current agreement is set to expire after the next season, which means that he won’t cost Spurs an arm and a leg if they buy him out this summer. This would make him an excellent acquisition for the team. The Lilywhites are now, apparently, the frontrunners for his signature. So it will be intriguing to see whether they are successful in bringing the transaction to a successful conclusion.

‘It Is A Dream To Be At One Of The Biggest Clubs In The World’-Calvin Ramsay Speaks After Officially Signing For Liverpool
‘Why do you stay in a country that’s been racist towards you, then?’ – Twitter reacts to Mbappe’s confirmation that he was considering quitting the French national team