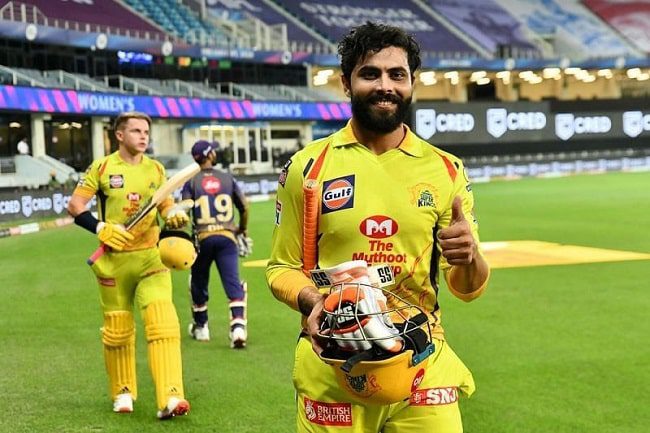 All-rounder Ravindra Jadeja understands the fact that he has a massive task at hand after being named as the skipper of the Chennai Super Kings (CSK) for the 2022 edition of the Indian Premier League (IPL). On Thursday, March 24, MS Dhoni stepped down as the captain of the Yellow Army after leading them to four IPL titles in 2010, 2011, 2018 and 2021 respectively.

Prior to the mega auction, CSK retained Jadeja, Dhoni and England’s Moeen Ali. In a press release on Thursday, the Super Kings said that while the Jharkhand-born Dhoni has relinquished captaincy, he will continue his association with the team as a player.

Jadeja, who’s been a vital cog of the team over the last few years, reckoned that he will be up with the challenge of carrying forward the legacy of the now 40-year-old Dhoni. But the all-rounder didn’t seem fussed and said that Dhoni will be his “go-to person” in case of doubts and queries.

MS Dhoni will be here so I don’t need to worry too much, says Ravindra Jadeja

‘Feeling good. At the same time, I need to fill in big boots like Mahi Bhai’s who has already set a big legacy, so I need to carry forward. I don’t need to worry too much because he’s here so whatever I have any questions to ask, I’ll definitely go to him. He’ll be my go-to person, he was, and he still is today, so I am not worried too much,’ Jadeja was quoted as saying.

Dhoni is the only skipper with over 100 wins in the IPL. After being named as the skipper back in 2008, he guided the Super Kings to the playoffs in 11 out of 12 seasons. Barring 2020, CSK qualified for the playoffs every other time. In 2016, Dhoni also captained the defunct Rising Pune Super Giant. In 2017, he played for the same team under the leadership of Steve Smith.

The Super Kings are set to start their IPL 2022 sojourn on Saturday, March 26 against Shreyas Iyer’s Kolkata Knight Riders (KKR) at the iconic Wankhede Stadium in Mumbai. The Super Kings are the defending champions and the four-time winner of the popular T20 league.