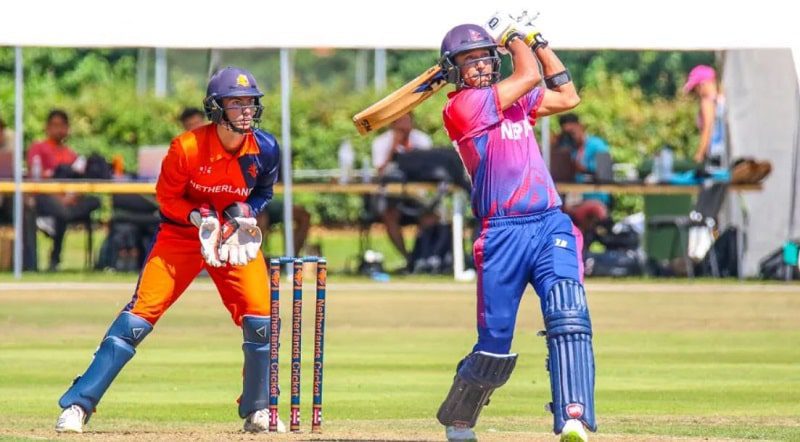 The Twenty20 International Cricket tournament which is the 2020-21 Nepal Tri-Nation Series is going to take place in April in Nepal. The teams which are going to take part in Nepal, Malaysia, and the Netherlands. The matches are scheduled between 17th April to 24th April 2021 at Tribhuvan University International Cricket Ground in Kirtipur, Nepal. The squad will follow a double-round robin pattern followed by finals between the top two teams.

The coach of Netherland Ryan Campbell chooses a team missing with several English country-based players and New Zealand-based. Bilal Asad, the coach of Malaysia called the experienced squad including captain Ahmad Faiz and Virandeep Singh as vice-captain and former captain Anwar Singh. Initially, the Cricket Association Of Nepal (CAN) called an opening team of twenty players with the senior players Basant Regmi and Sharad Vesawkar rested. On 14th April 2021, CAN declared a team of the final 15 players.

There are three teams who going to participate in Nepal T20 Tri-Series 2021 are :

Malaysia National Cricket Team: The Malaysia team servers for the country Malaysia in International Cricket Matches. They have been combined members with ICC since 1967. In April 2018, the ICC decided to give a full Twenty-20 International (T20I) position to all the players. On 24th June 2019, Malaysia played their first T20I with Thailand during the 2019 Malaysia Tri-series.

Netherlands National Cricket Team: The Netherland team represents the country Netherland and governed by Royal Dutch Cricket Association. In 1966 the Netherland became the Associate Member of ICC. They have won 11 ICC Trophy/World Cup Qualifier tournaments. In June 2014, the Netherlands reclaimed the Twenty20 International Status and played their first match in 2008 in this pattern. The current captain is Pieter Seelaar.