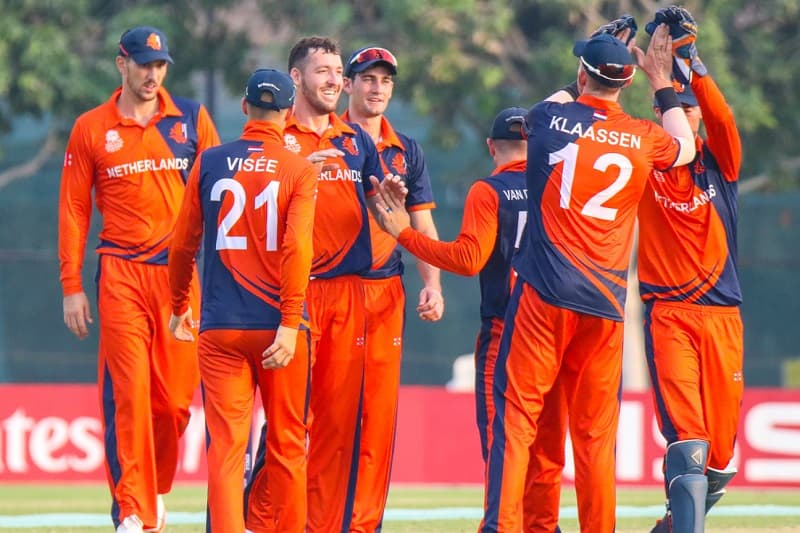 Netherlands consists of a fairly skilled cricket squad. They had won their first ICC World Cup Qualifiers Trophy in Canada in 2001. They also enjoyed a full One Day International status from 2006-2014. So here are other details regarding the national cricket team of Netherlands. Check out Netherlands Cricket Team Players Salary, Rules, Central Contract 2021-22, Highest Paid Cricketers.

As mentioned above, Central Contract is a formal agreement between the Players of the team and the Association that specifies the terms, salaries, and tenure of each player. New central Contracts have been declared by other boards like Australia, New Zealand, Sri Lanka. However, Netherlands have not yet declared any such contract for its players.

The highest paid cricketer for Netherlands cricket team is not yet known. Since the central contract is not been officially passed on the sources, it is difficult to analyze who is -highest-paid cricketer in the team. We will update as soon as we get any information regarding the same.

What is the Current status of the team Netherlands?

Currently, the national Men’s cricket team of the Netherlands stands at 11th position in ODI as per ICC Ranking. On the Other hand the team is stand at 17th position for T20 ranking. In 2019 Netherlands was one of the members of the ICC T20 to enjoy full status. the current captain of the team is Pieter Seelaar. The team is coached by Ryan Campbell.