Newcastle United vs Burnley Betting Predictions, Where To Watch

Newcastle United vs Burnley could be a game where there may not be too many goals. 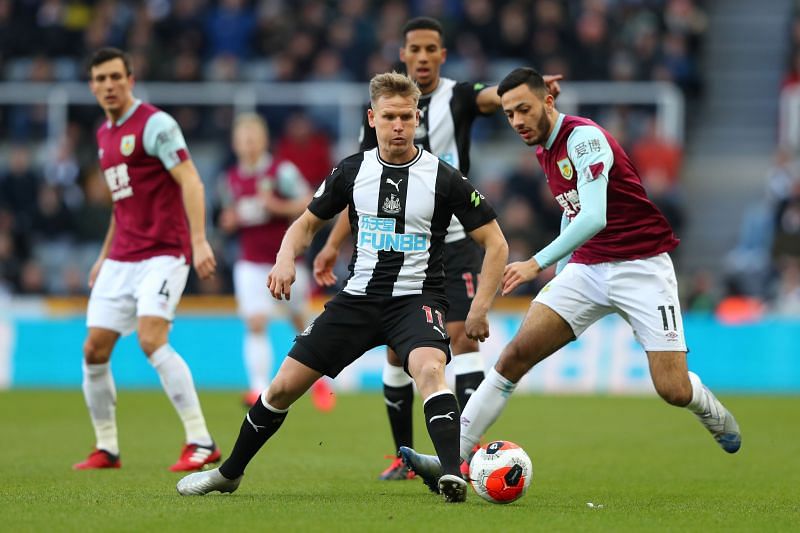 Where to watch Newcastle United vs Burnley?

Newcastle United: Ciaran Clark will miss this game due to a suspension after his straight red card in the Norwich draw. Jamaal Lascelles will make a welcome return from his own suspension and he can fill the void. Matt Ritchie will be available after serving his one-match ban. He could struggle to replace Jamal Lewis at left-back, with Paul Dummett the only other injury concern for the hosts. Ryan Fraser should be once again fit to play, after being sacrificed for a defensive addition against Norwich, with Miguel Almiron battling to break into the starting XI.

Burnley: When it comes to Burnley, Tarkowski and Westwood have returned from suspensions to resume their proper places in the starting XI, with Nathan Collins and Jack Cork to be dropped. With a lingering injury, Phil Bardsley is out of the game for the visitors. Ashley Barnes and Dale Stephens are both in the treatment room. It is possible that one of Jay Rodriguez or Matej Vydra will be in contention for a starting spot up top with Chris Wood, with Maxwell Cornet moving out wide, with Johann Berg Gudmundsson being ruled out as well.

For this Newcastle United team this term, finding the back of the net has not been the main issue. Failing to defeat Burnley on their own turf would mean big trouble for the rest of the campaign.

The Clarets have rediscovered some of their old tenacity in the recent game-weeks. However, Newcastle’s powerful attack could eventually propel them to their first victory of the 2021-22 season here.