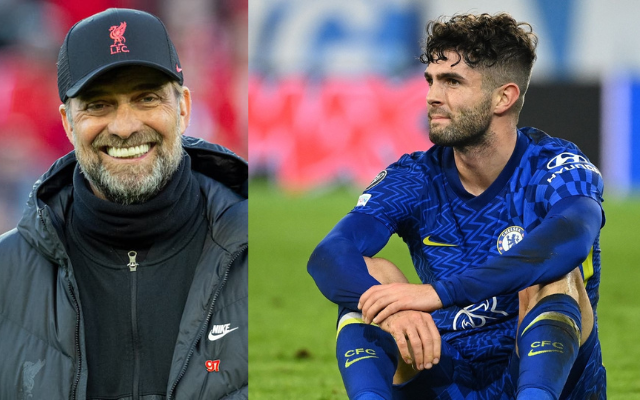 Even though Sadio Mane has left the club, Liverpool has no plans to pursue a transfer for Christian Pulisic, a promising young player for Chelsea

Following Sadio Mane’s departure, Liverpool is reportedly looking to add a new winger to their roster, as reported by Ben Jacobs. Although they have their eyes set on a few players, it is not believed that up-and-coming youngster Christian Pulisic of Chelsea is one of the players in whom they are interested during this summer’s transfer window.

This story emerges in the wake of Sadio Mane’s impending transfer to FC Bayern Munich, which will leave a significant hole in the Liverpool FC frontline. In addition to the Senegalese national team player, the Reds are going to lose Divock Origi to AC Milan, and there are rumors that Takumi Minamino is close to signing with AS Monaco.

To cushion the blow, Liverpool has brought in Fabio Carvalho from Fulham and Darwin Nunez from SL Benfica. However, Jurgen Klopp believes that he may want further depth moving ahead, particularly when taking into account the influence that Mane has had on Liverpool’s performances over the last several years.

Even though Jurgen Klopp, the German manager, knows the Chelsea player pretty well, it seems that Klopp is not interested in making a deal for Christian Pulisic. When Christian Pulisic was just beginning his ascent to the top level of professional football, Jürgen Klopp was the head coach of Borussia Dortmund.

After several years of hard work, Pulisic is now a well-established professional and a brilliant star in US football. The former Dortmund prodigy has, without a shadow of a doubt been going through somewhat of a decline throughout the last few years, particularly as a result of a lack of playing time and injuries. This is an undeniable reality.

It is quite unlikely that Thomas Tuchel would consider the USMNT star to be an important component of his first squad as we get closer to the start of the new season. It has led to much speculation regarding the attacker’s future, but there have been no confirmed suitors so yet. Back in May, there were rumors that Liverpool was interested in signing him as a possible replacement for Mane.

However, a lot has occurred in the time since then. The Premier League giants will likely look to target a younger and more cost-effective alternative to provide cover in light of the departures of Mane, Origi, and Minamino. The Reds paid a fortune to secure the services of the Uruguayan international.

Concerning Pulisic, there is a strong possibility that he may extend his stay at Stamford Bridge beyond the summer. But his development over the first half of the season will go a long way toward determining his future, and it won’t be unexpected to see the 23-year-old American player leave the club during the transfer window in January if things do not go according to the plan.

REPORTS: Konrad Laimer Set To Snub Manchester United To Play For Bayern Munich
‘Here We Go’-Paul Pogba Has Agreed To Terms With Juventus For A Transfer To Turin