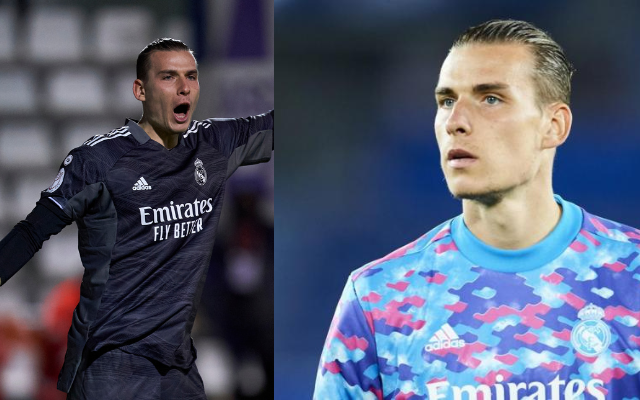 Andriy Lunin, who plays goalie for Real Madrid, is said to have changed his mind about going out on loan and instead wants to compete for a starting spot with his current team

Andriy Lunin has reportedly made the decision not to leave Real Madrid on loan this summer. This decision was reportedly made because Lunin feels settled in the city of Madrid and intends to battle for regular minutes under Carlo Ancelotti.

Lunin moved to Real Madrid in 2018 after signing a contract with the Spanish club from Zorya Luhansk. During his first two years in Spain, he spent time on loan with Leganes, Real Valladolid, and Real Oviedo. However, he has been a permanent member of the Santiago Bernabeu squad ever since the summer of 2020.

However, the 23-year-old had to wait until May of this year before making his first official appearance for Real Madrid in La Liga. It was in the derby match against Atletico Madrid when he made his debut for the club. Lunin has only appeared for Los Blancos in a total of five games across all competitions to this point, with four of those games taking place in the most recent campaign.

Lunin was said to be dissatisfied with his lack of playing time as Thibaut Courtois had established himself as the unquestioned starter between the goalposts. As a result, Lunin was apparently looking for a way out of the team. After extending the international player’s contract earlier this summer, Real Madrid indicated that they would be open to helping orchestrate a loan transfer for the Ukrainian player.

There is an abundance of interest in Lunin, as shown by the fact that a team from the Premier League, West Ham United, is interested in the goalie, and that a club from the La Liga, Espanyol, has also made inquiries about his availability on loan.

Real Madrid was also said to be preparing potential replacements for Lunin if he decided to leave the club on loan, with David Ospina of Napoli emerging as a potential alternative in this regard. However, the most recent information is that Lunin has changed his mind about leaving the club this summer and is instead looking forward to continuing his career at the Santiago Bernabeu.

This choice was made because Lunin and his family have a comfortable life established in Madrid and do not look forward to uprooting themselves at this time, particularly given that the goalie has just become a parent. Instead, he is currently getting ready to battle Courtois and challenge him to get more playing time at the Santiago Bernabeu. It would seem that the Ukrainian national team player will not be going on during this summer’s transfer window.