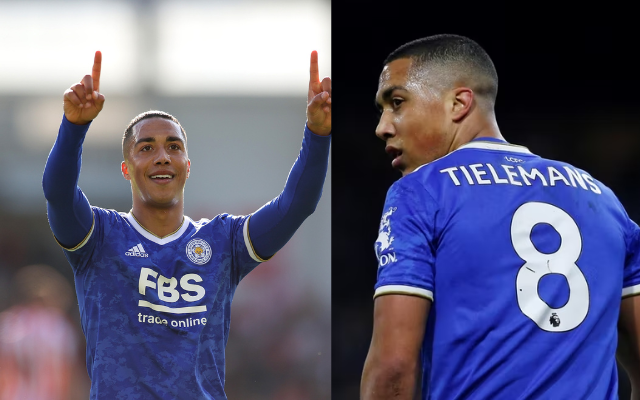 Even though Arsenal has shown a lot of interest in the Belgian international player over the last several months, Leicester City is now apparently warming up to the notion of allowing Youri Tielemans to leave the club for free in the next year.

The Times reports that the Foxes are prepared to lose Tielemans for free in 2023 if the midfielder does not renew his current contract or leaves the club within the next 12 months. Arsenal has been heavily linked with the 25-year-old, who can leave this summer for £25 million if he does not renew his contract.

Arsenal supporters even chanted the midfielder’s name during Leicester’s 4-2 defeat against Mikel Arteta’s side at the Emirates Stadium this past weekend. The Gunners have been the favorites to get Tielemans, and the player himself is allegedly interested in a transfer to north London.

However, despite interest from Arsenal and the player’s eagerness for a move to happen, no official offer has yet to be made. This is because the Gunners are eager to offload more deadwood off the wage bill before making a move to sign anyone else this summer, with Tielemans being the likely candidate for the position.

Will Youri Tielemans leave for Arsenal this summer?

Tielemans would bolster Arsenal’s midfield to levels not seen at the club in many years, and with the Gunners looking to make a real push for top-four this season, the Belgian international’s quality could get the north London side over the finish line. Tielemans has been labeled as “incredible” by a former Tottenham defender named Michael Dawson.