‘No spin, no party for Iyer’ – Twitter reactions to Shreyas Iyer failure in the 4th T20I against SA 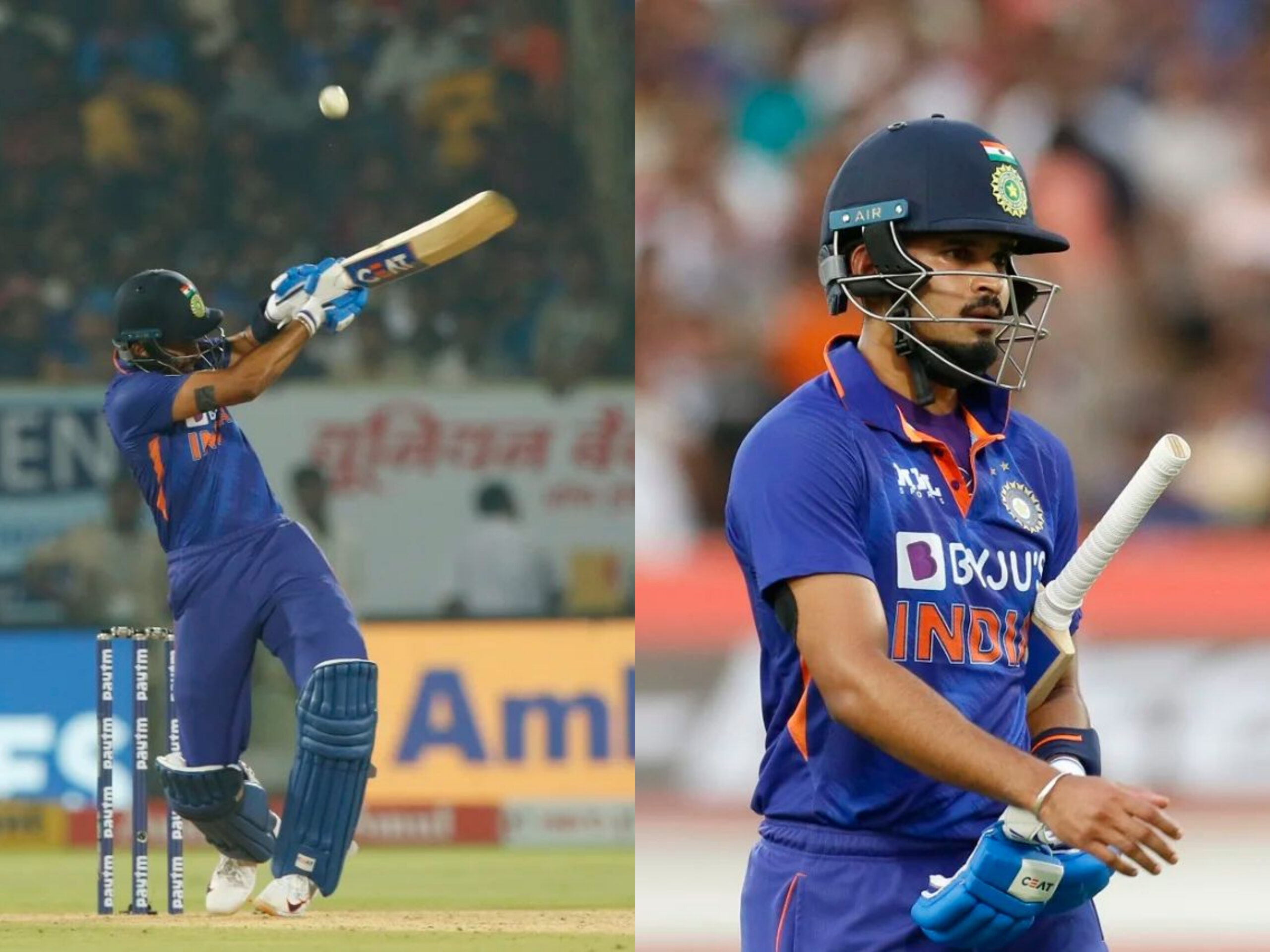 Shreyas Iyer had another poor outing for India, this time in the 4th T20I against South Africa. He scored four runs before he was trapped in front by Marco Jansen on just the second ball he faced.

Iyer arrived to bat after Ruturaj Gaikwad was dismissed in the first over. He scored a boundary off the first ball he faced, a tickle down fine leg after Jansen bowled one short and leaning towards leg. Next ball, however he landed it on Iyer’s pads. It was given not out, but SA’s review showed there was no edge, and the ball was tracking on to off stump.

Iyer has batted beautifully against spin this series, but struggled to time the ball against fast-bowlers. Before today, he had fallen twice to Dwayne Pretorious and once trying to big against Tabraiz Shamsi.

India’s batting today has been nothing short of a disappointment. The highest score from the top four was Ishan Kishan’s 26-ball 27, the strike-rate of 101 doing nothing to help the team’s cause. Rishabh Pant has been woeful as well, taking 23 balls to score 17 runs at an abysmal strike-rate of 73.

In the first T20I Iyer scored 36(27), striking quick runs off Tabraiz Shamsi but slowing down heavily against the pacers. He played anchor in the next game, hitting a 35-ball 40 while India succumbed to a sub-par 149 and his strike-rate was criticised. Iyer showed more intent in the third T20I against pace, but didn’t last long, only making 14(11). So far has 94 runs from four innings in this series, the third highest run-scorer for India behind Ishan Kishan and Hardik Pandya. He’s averaging a moderate 23 but has batted at a worrying strike-rate of 123.

Shreyas Iyer's form is real down after Archer praised him, mf should be banned from praising ICT players

Teams will be playing at least 4 pacers in Australia and if you still think Shreyas Iyer is capable of playing there and be a part of the WC22 squad, try switching sports.

Well Shreyas Iyer is probably gonna miss the berth for T20 World Cup again. With Surya and to return and Kohli to bat 3 in T20 World Cup.

‘Someone needs to tell him IPL is over’ – Twitter blown away by Jos Buttler rampage as he hits 2nd fastest ton by an England batter
‘Not learning from past dismissals’ – poor innings from Rishabh Pant disappoints Twitter, criticised for chasing wide balls