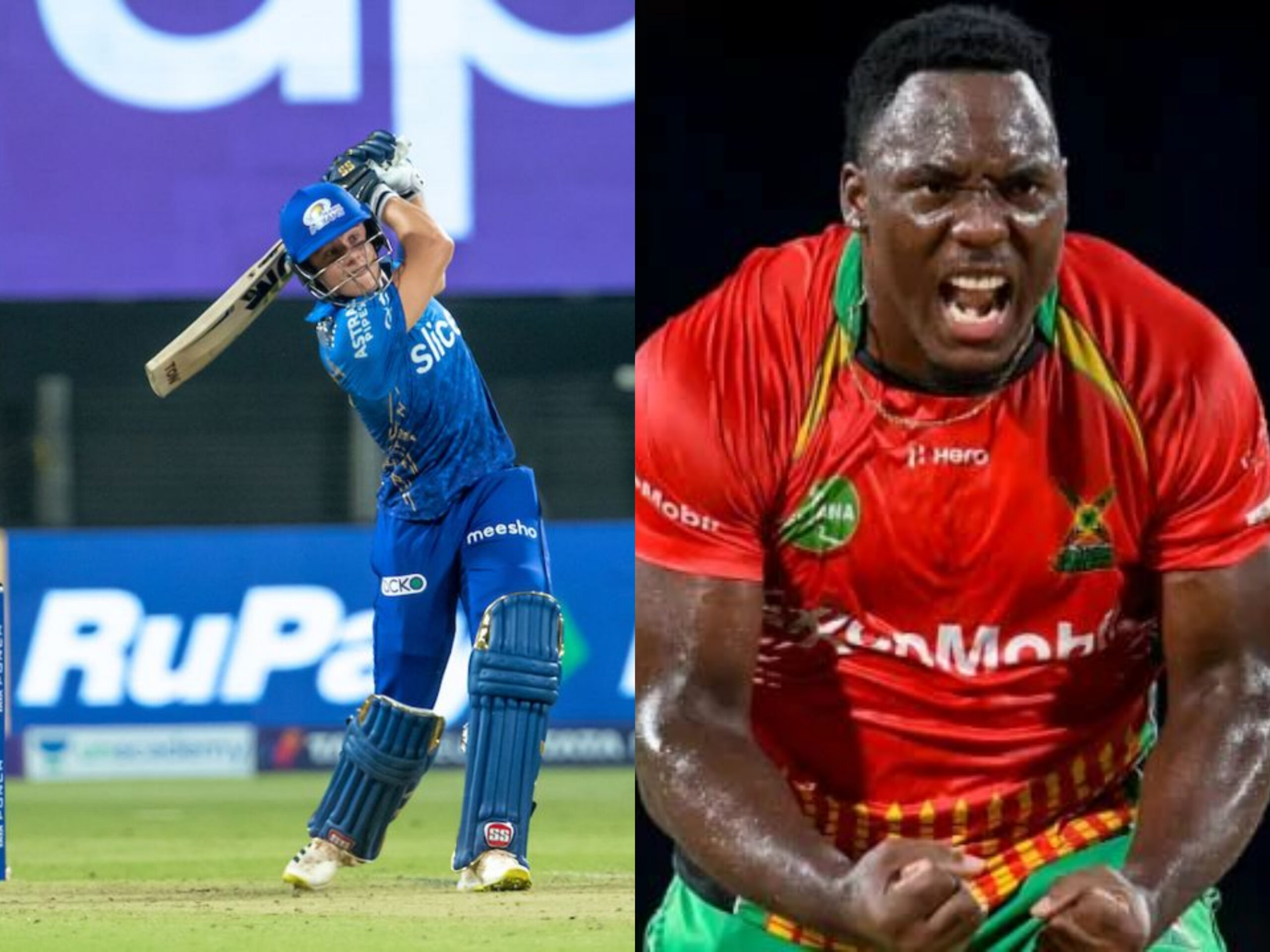 Punjab Kings pacer Odean Smith was criticised for his aggressive celebration of the wicket of MI’s Dewald Brevis, in the encounter between PBKS and MI on Wednesday (April 13). After Brevis was caught at backward square, Smith was seen pumping his fists and shouting in the young man’s face as he walked back to pavilion.

The 18-year year old Brevis played outstandingly well for his 49 runs, which came off just 35 balls. He hit four fours and five huge, effortless sixes, one of which came off the irate Smith’s bowling. The West Indies fast-bowler was already fuming over a dropped catch off the previous ball; he had bowled a full delivery slightly wide of off stump which Brevis whacked straight to deep third man. The fielder misjudged the height of the ball, and took his time running in, so by the time he got there it slipped between his fingers and went for four.

However, the drop only cost only those four runs. The very next ball, Smith bowled a short delivery right on the body and it took the top edge of Brevis’ bat. Arshdeep Singh at backward square made no mistake this time and pouched a sharp catch at eye-level. According to Twitter, 25-year-old Smith, who has 15 international caps, should’ve known better than to scream in the face of a teenager, but that’s what he did.

That wicket signaled the end of the 84-run partnership between Dewald Brevis and and Tilak Varma, which took just 41 balls. 19-year-old Varma also played a special knock of 36 from 20, and the stand between the two teenagers was truly special to watch. The pair of youngsters were threatening to take the game away from PBKS, and they were under pressure to produce a breakthrough. Brevis smashed four cosecutive sixes off the bowling of Rahul Chahar, plundering 28 runs off the leg-spinner’s over.

I love watching Odean Smith the cricketer but giving an ugly send-off to a teenager is way over the top. Don't care if you've been hit/edged for four or whatever, that's just not on.

Magnificent from Dewald Brevis. Hope it's the start of several such innings. #MIvPBKS

No way Odean Smith, a grown man just gave Brevis a 19 year old a send off after he smashed his team for 29 in one over 😭

Just like Dube's 95 was equal to century yesterday, today's innings from Brevis is equal to his maiden fifty in IPL! What a player, what a star in the making! Between Smith's aggression not justified n he should have appreciated what the player did at just 18, deserves 2 be hit!

The way odion smith reacted in front of brevis, i am happy the tewatia smacked him for those sixes. He kinda deserved

Smith did not have to do Brevis like that. Uncouth much.

This act by odean Smith is not good at all.
You should act maturely specially in front of a youngster.
That cry in front of him was not apt.#odeansmith #brevis #IPL #MIvsPBKS

What an inning by Dewald Brevis 👏👏 and what was that Mr. Odean Smith. Instead of appreciating such an amazing innings, 25yo Odean Smith was showing his aggression to a 18yo boy lololol.#dewaldbrevis #brevis #odeansmith #MIvPBKS #PBKSvsMI

Brewis’ catch was kind of dropped on 5th ball of Odean Smith over. On the very next ball (6th), he got the wicket. After taking the wicket he released his frustration on Brewis by shouting on his face.
Brevis literally paused for few seconds to see him!!