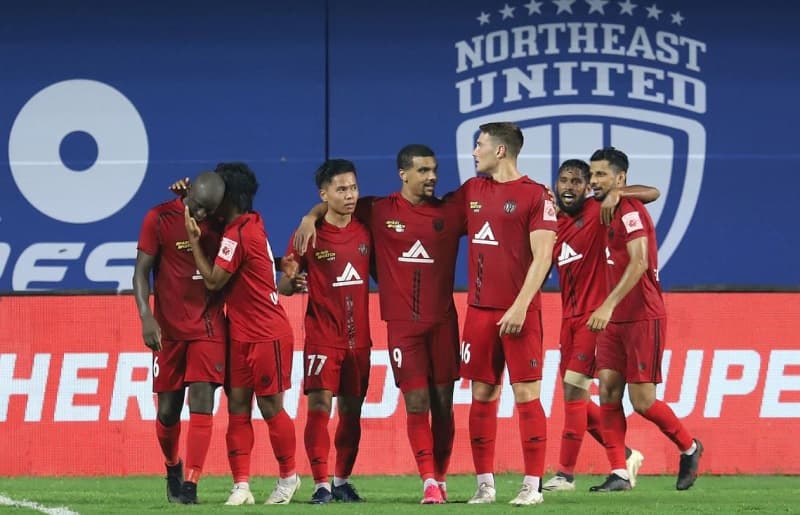 Indian professional football club competes in Indian super league, the foundation of the club was on 13 April 2014. Northeast India represents the following 8 states of India such as Assam, Nagaland, Manipur, Meghalaya, Sikkim, Arunachal Pradesh, Tripura, and Mizoram. The team has not won any ISL trophies till now.NorthEast United FC plays their home matches at the Indira Gandhi Athletic Stadium.

NorthEast United is owned by John Abraham, who is an Indian Bollywood actor, producer, and former model. one of the favorite teams that fans consider supporting. this team is been managed and coached by Khalid Jamil. The crest of NorthEast United FC is featured with 8 stars at the top representing each state of Northeast India. The net worth of Northeast united FC was around 318.70 M.

these were the stats of NortEast overall in the ISL league.

goalkeeper and captain for NorthEast United FC in the Indian Super League. Started his carrier at TATA football academy. He made his debut for Atletico de Kolkata on 12 October 2014, he also played for East Bengal, the Kerala blaster. NorthEast United FC signed Subhasish from 2019. The net worth was around 8.33 M

left back for NorthEast United in the Indian Super League. In 2010, Gurjinder signed his first professional contract with Pune. he also played for Salgaocar and FC Pune city. In 2020 Kumar was signed by NorthEast United FC. The net worth was around 8.33 M.

plays as a goalkeeper for the Indian Super League club Mumbai City. Nawaz signed his first debut in goa. with a net worth of RS 20.83M

plays as a defender for Southern Samity capped twice for India at senior level. also played for Churchill Brothers,East Bengal, Salgaocar, United Sikkim, and many more. he has a net worth of RS 10.42 million.