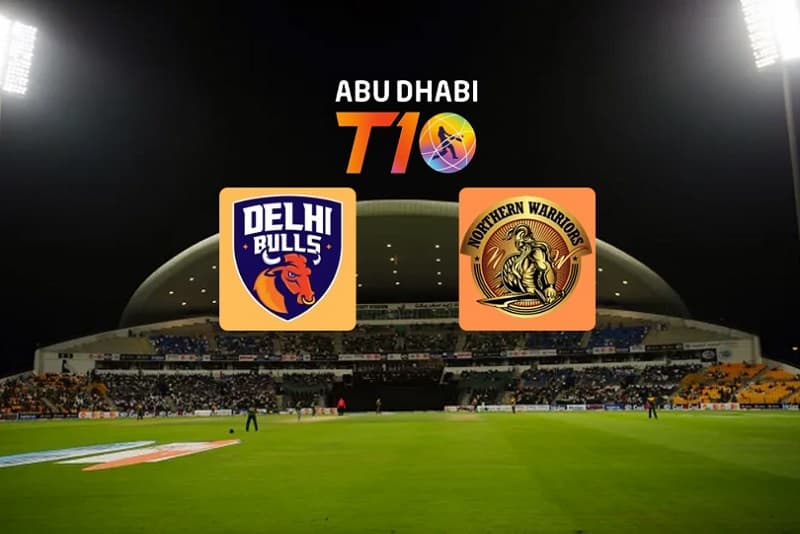 The upcoming T10 League is a limited over match of 10 overs, where the teams perform in round-robin style. It is going to be yet another thrilling series for the fans to watch.

On Friday, 19th November 2021, Delhi Bulls will be facing the defending champions of T10 The Northern Warriors. They have won the championship title two times in these four years. This Year they will be aiming for the third time and 2 consecutive wins. So we expect a thrilling chase between the two teams as their motives are different.

Delhi Bulls And Northern Warriors will have their match at Sheikh Zayed Cricket Stadium. At 9:00 PM, the match will begin.

Even though after the hectic cricket tournament T20 Word Cup 2021 that was being played over here, the track has maintained its identity. A conventional wicket to chase on, the team winning the toss is bound to prefer that option.

What is the Weather Report for Abu Dhabi T10 Cricket ?

The weather seems clear in Abu Dhabi. There is no sign of irregularity in the conditions, the cricketers will find themselves in for a luscious day of cricket.

The probable playing XI cricketer o both teams have not been declared yet. However both the teams have some skilled professional players. We will update you once the officials announce the squad of the T10 cricket league. So stay tuned to sporty reports.

Where to watch the matches by Streaming?

If you want to view this match from the comfort of your home in front of your TV sets and family, then T10 officials have joined hands with sources to stream the content live. Colors Cineplex and Rishtey Cineplex will be streaming the live footage of the entire match on TV. You can tune into the channel in your respective TV set channel.

In case you want to use the online platform for watching the matches then it is the best method to catch the live action hassle-free anywhere. The matches will be streaming on the official digital application Voot.