Norwich City vs Arsenal Betting Predictions, Where To Watch?

Norwich City vs Arsenal should favour the visiting side, who are in form at present. 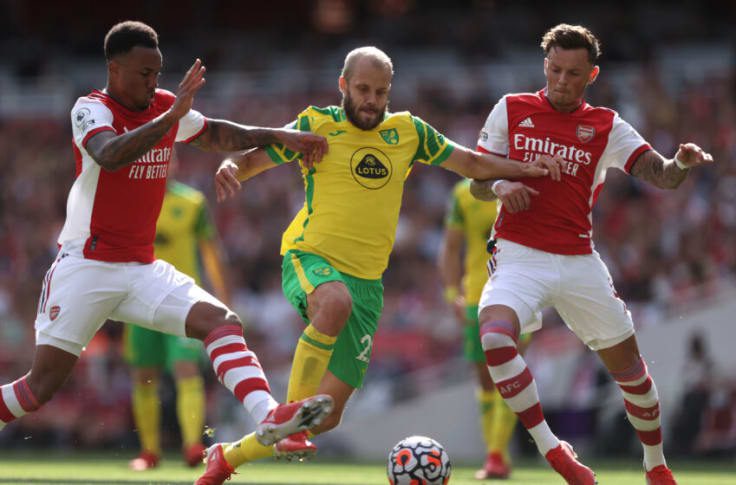 Norwich City vs Arsenal Where To Watch?

The viral pandemic in Norwich’s camp has not been contained, with players like Josh Sargent and Christos Tzolis returning to training ahead of Arsenal’s visit, but additional undisclosed squad members testing positive for COVID-19 this week.

After the Villa game, Billy Gilmour and Dimitris Giannoulis reported feeling unwell, but they might still be selected. However, Milot Rashica (groin) and Andrew Omobamidele (back) are still out injured.

Following his Premier League debut against Tottenham, midfielder Jacob Sorensen has been called upon to step in at centre-back for parts of both following games, filling in for Grant Hanley (shoulder) and Ozan Kabak (calf), both of whom are questionable for this weekend. He might now return to the engine room to cover for Mathias Normann, who is injured.

Arsenal is still concerned about the health of first-choice right-back Takehiro Tomiyasu, who was forced off early against Leeds due to a muscle injury. The former Bologna defender, who has been a constant presence since signing, was forced to sit out the EFL Cup fixture in midweek and might be forced to do so again on Sunday.

Calum Chambers is the latest member of Mikel Arteta’s team to contract COVID-19, following Albert Sambi Lokonga and Pablo Mari in quarantine, while Ainsley Maitland-Niles has been missing due to another sickness.

Arteta has previously picked the same starting lineup for four Premier League games in a row, and he is set to leave out sacked captain Pierre-Emerick Aubameyang in favour of Alexandre Lacazette upfront.

Arsenal’s momentum is on their side as we approach the close of a generally dismal year and they are on track to make it five wins in a row with a victory on Boxing Day. Norwich has never won three Premier League points on December 26 and with a small team affected by sickness and injury, they can’t expect to compete with their London rivals this time.